Friends of the Green Loop are planning a Culinary Corridor from Burnside and Ankeny West to the Portland State University farmers market. The corridor features a line of local and international food carts and pedestrian-friendly spaces.

North Park Blocks:
Captain John H. Couch deeded the five blocks to the city in 1865, and they were officially platted for a municipal park in 1869. An ordinance was passed in 1904, setting aside one park block for women and children. In 1906, another block was added for a children’s playground. The playground was divided into a boy’s playground and a small child and girl’s playground.

Learn more about the history of North Park Blocks: https://northparkblocks.org/about/

This point of interest is part of the tour: The Green Loop, Cart Blocks, and Voodoo Doughnut Portland 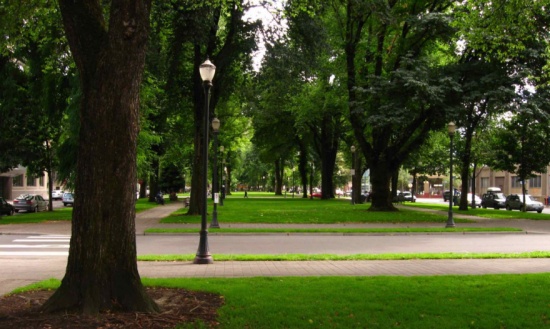