Centrally located in the plaza are the Obelisk and Fountain. The Obelisk is a 100-foot shaft of black Berwick granite, ornamented at its base with four bronze bas-relief tablets, each four by eight feet. The Obelisk represents “the hopes and aspirations of the nation, a symbol of the power of nature to reproduce and continue the life of the country.” The tablets represent the four fundamentals on which the nation’s hopes are founded: Law, Science, Religion, and Education. They were set into place in the fall of 1929 under the supervision of Henry Hering, the primary sculptor of the plaza. The pinnacle of the Obelisk is covered with gold leaf. The fountain is 100 feet in diameter and made from pink Georgia marble and terrazzo. 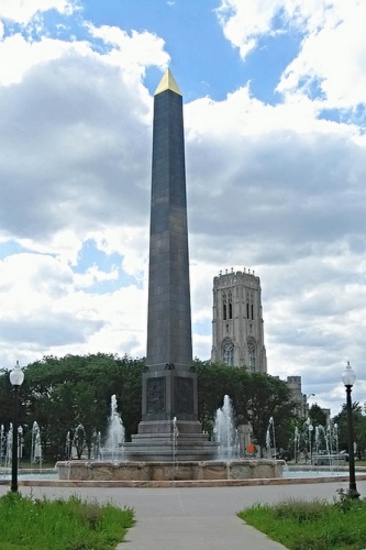 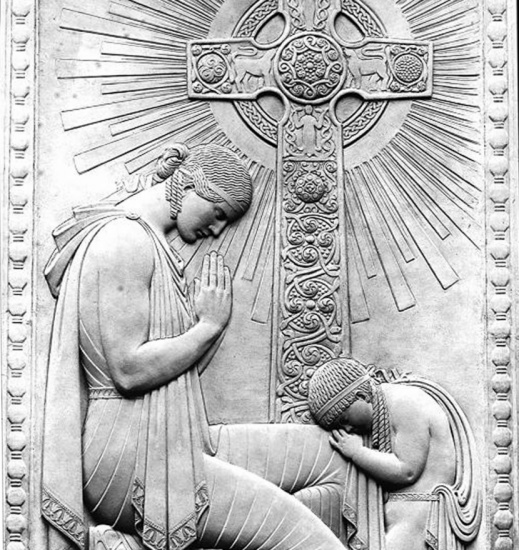 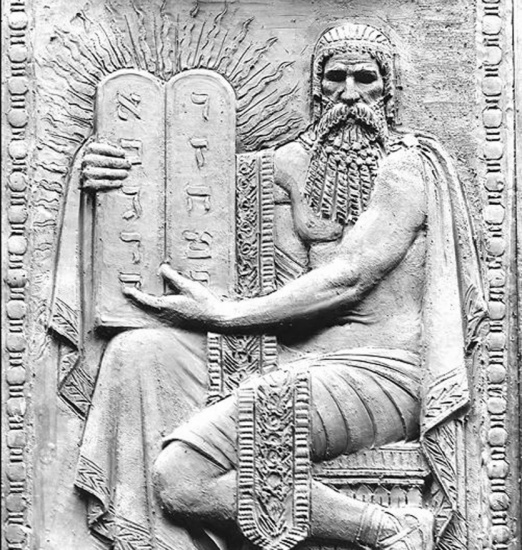 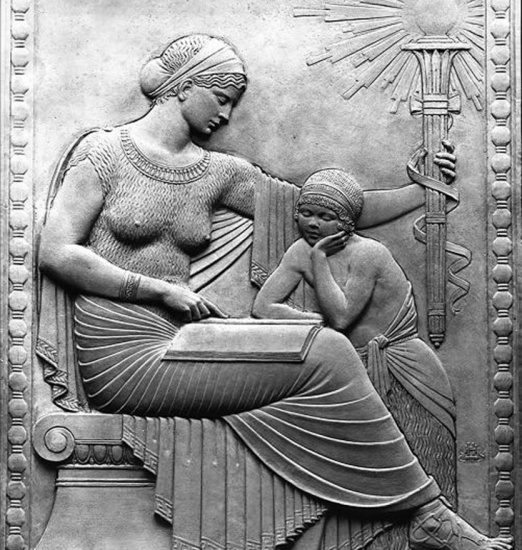 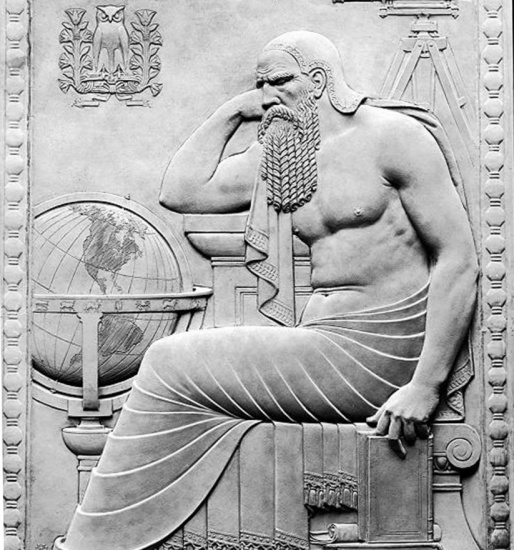