Two stores originally split the ground level, a jewelry store and a shoe store. Druggist Max Menzel bought the building in 1910 and combined the space to operate his Menzel Drug here from 1913 until 1944 when Ike Madsen took over. Madsen Drug was here until the early 1980s. It was at that time a modern front was added. The upper floor has been used for business offices over the years, and more recently as apartments. 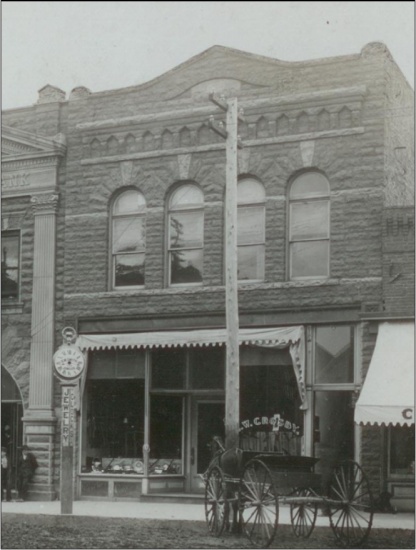