The final stop on this tour is the Old Licking County Jail, perhaps the most haunted place in Newark. The site has even been featured in paranormal television programs!

Completed in 1889 and in service until 1987, the Old Licking County Jail is a lovely edifice in an imposing, Romanesque style. Unlike the medieval fortresses that inspired its architectural design, the jail proved to be rather ineffective in its goals of protecting the people of Newark. In 1910, a mob stormed the building to lynch Carl Etherington. Jailbreaks were common occurences and twelve people died within its walls in less than a hundred years, including four Licking County sherrifs.

Inmates died in a variety of ways, but most took their own lives. A female inmate, Mae Varner, died in 1953 after setting herself on fire, her second, and ultimately successful, attempt at suicide. Many of these deaths can be attributed to the poor management of the facility, but also to the improper care for inmates who suffered from mental illnesses.

If prisoners perished in a variety of gruesome ways, the deaths of the four sheriffs occurred in an eerily similar pattern. Four men—Ross Embrey in 1934, Albert Roe in 1947, William McElroy in 1962, and Bernard Howarth in 1971—each died in a virtually identical manner. The sheriff lived in the jail with a residence set aside for their use. When Sheriff Embrey retired to the residence on the night of September 13, 1934, he suffered a heart attack and died. The same affliction struck Albert Roe in the same section of the jail in 1947, Sherriff McElroy in 1962, and Bernard Howarth in 1971. Howarth made it to the hospital before he passed away, but the others died at the jail in which they lived and worked.

Some people believe that the sheriffs fell victim to the spirits of the prisoners that sought retribution upon the figure charged with the care of the facility.

The Old Licking County Jail is a beautiful structure and a remarkable monument to Newark’s past, yet also a reminder of the tragic events that haunt the city.

Image 2: View of the jail over the canal.

Image 4: A contemporary view of the Old Licking County Jail 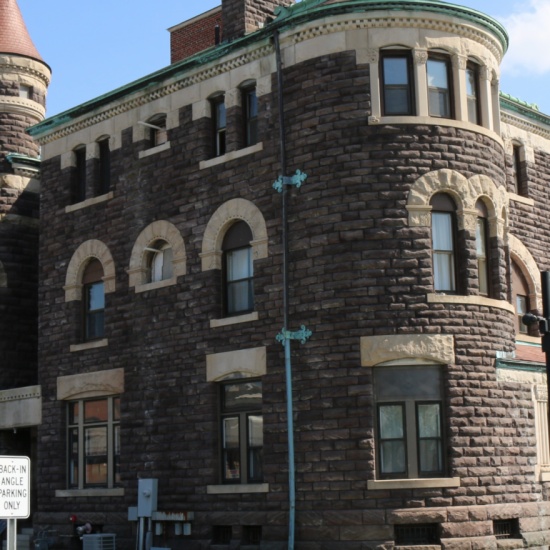 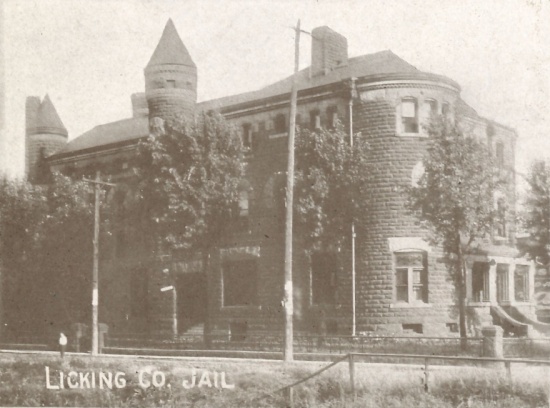 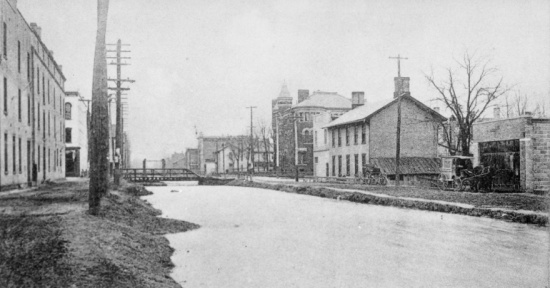 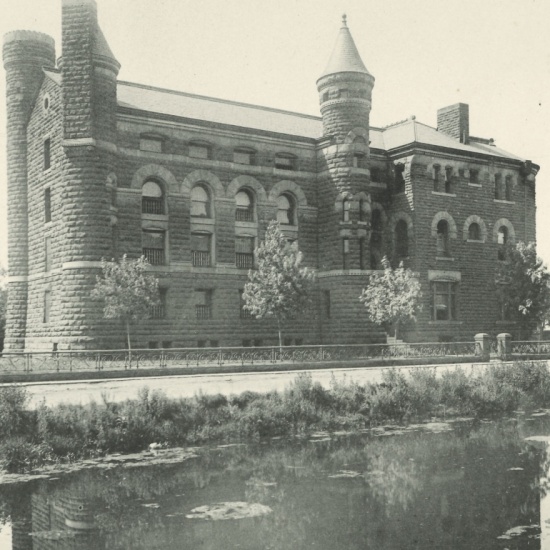