The first ferry across the Illinois River at Pekin was built in 1829 by William Clark. Later, Benjamin Prettyman was granted ferry rights over the river at Pekin. A ferry also was operated by a settler named Charles Carey, from whom Cooper's Island got its original name of Carey's Island.

Pekin's first bridge across the Illinois River was a plank bridge built in 1885. In 1899 the Peoria & Pekin Terminal Railroad swing bridge was built just upriver from the plank wagon bridge. The Terminal Bridge was dynamited and removed in the 1970s. In 1930 the plank bridge was replaced by the Pekin lift bridge, which in turn was replaced by the current John T. McNaughton Bridge in 1982.

When the plank bridge was built in 1885, Pekin planned a ceremonial laying of the final planks and first crossing of the bridge. But due to a tiff between the city council and the bridge construction foreman, the night before the ceremony the workers finished the bridge and then, as a prank, Charles Holland drove a horse-drawn wagon over the bridge. The planks were then pulled up so the ceremony could proceed the next day. Later on June 2, 1930, when the lift bridge was dedicated, an elderly Charles Holland rode in Fred Moenkemoeller's car at the head of the parade over the new bridge.

The 1930 lift bridge was built with funding that was secured by Rep. Martin B. Lohmann of Pekin, who was also present at the dedication of the 1982 John T. McNaughton Bridge. Lohmann (for whom the Shade-Lohmann Bridge is named) died a few week later. 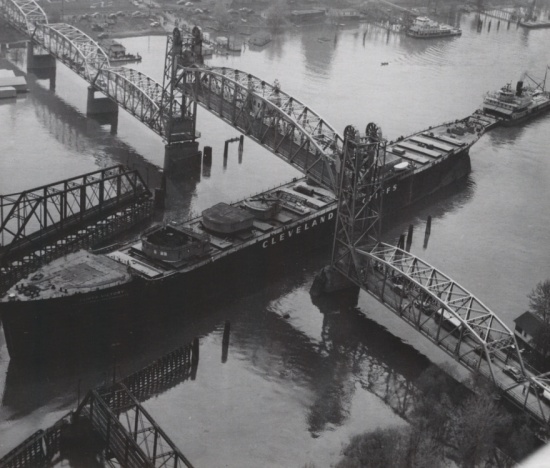 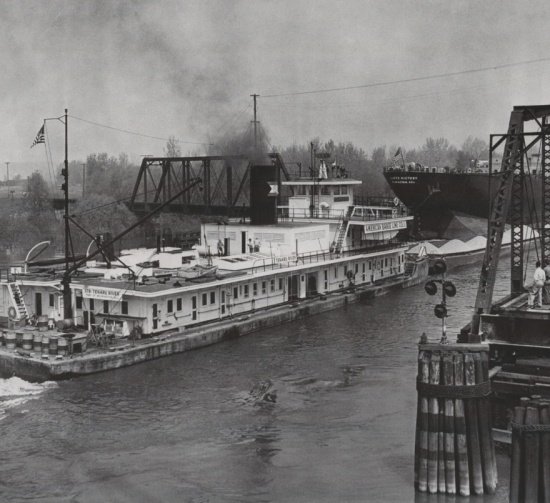 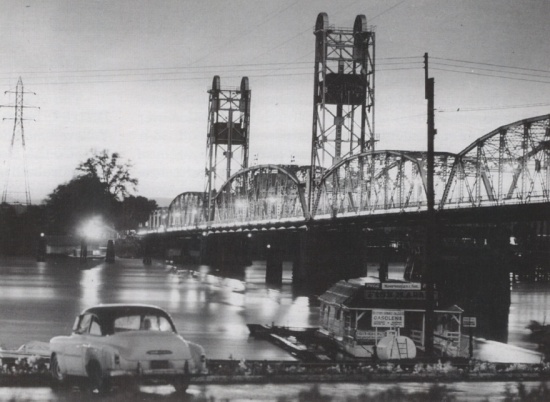 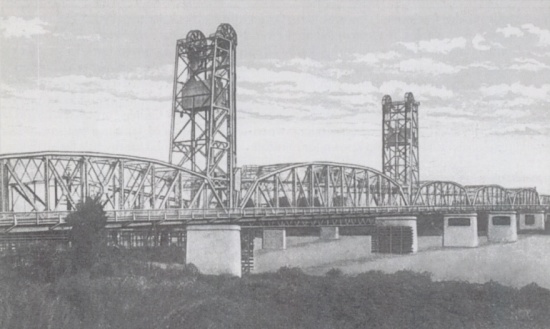 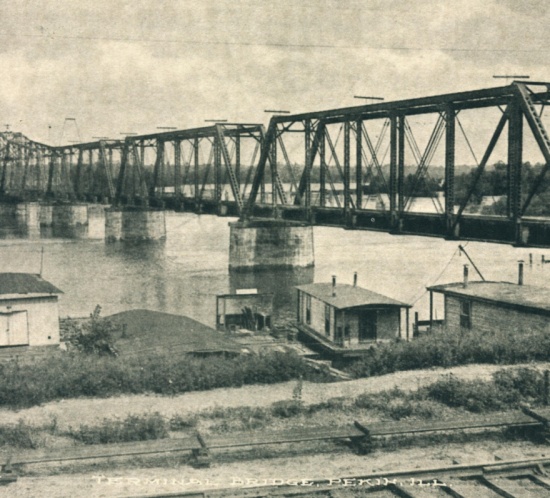 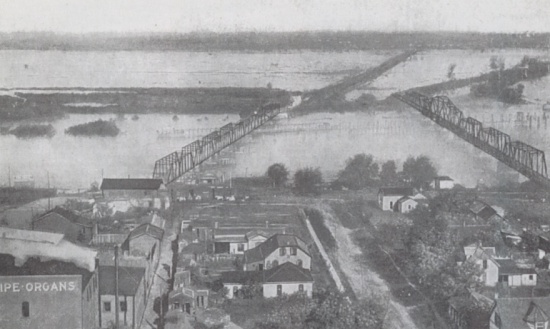 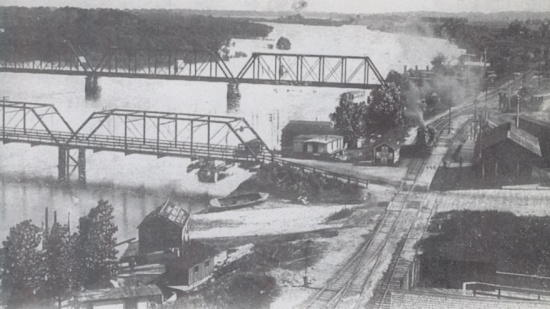