Historic markers note location of the original Post Headquarters which as built in 1941 and was demolished in 2012. You will see remains of the foundation. Note the rock walls. These were built by German POW's during WWII.

You will find stonework features built by German prisoners of war, interned at Fort Leonard Wood between 1943 and 1946, throughout the installation. Some of the most significant stonework are at this location; which were part of the original Post Headquarters flag pole and courtyard. Other locations; at Veteran's Park; the patio, chimney and walkways at Garlington House; the Nebraska and Minnesota Avenue culvert; the Gammon Field culvert; and the stairs, jetty and retaining wall at the water intake on the Big Piney River. 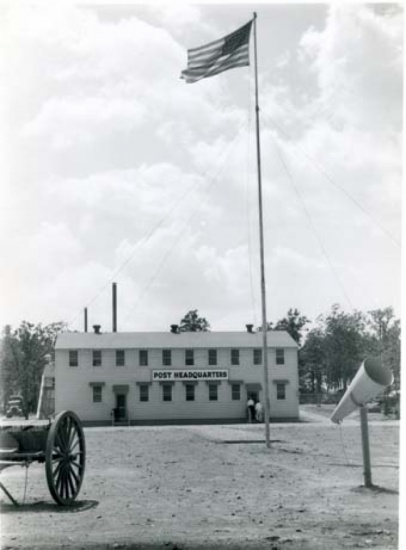