Numbers 4 and 5 Milton Keynes Village are now one dwelling. This is one of the older cottages in the village and dates from the fourteenth or at the latest fifteenth century. The evidence for this is the cruck truss which supports the centre of the roof (and is thus not visible from the outside). The stone fireplace with brick chimney was probably inserted in the sixteenth century, and smoke blackening inside the roof tells of a period before this was done. Number 4 was used as the post office before the present modern structure was built, and the sign board (now painted out) at the extreme left, and the post box in the wall (hidden behind a rose bush) still remain.

This picture taken in about 1963 shows the old post office as it was when in operation. The sign and the post box are clearly visible. Despite the age of the building the post office had only been in the house for a comparatively short time, and had moved there from other locations in the village. In 1963 there were only two dormer windows - one in each cottage. A third dormer was inserted when the cottages were combined into one house. The gate in the foreground no longer exists, and the garden path has been combined with the vehicle access between numbers 5 and 6.

This pair of houses to the right was erected in 1890 by Squire George Henry Finch probably for farmworkers of a status slightly higher than the basic farmhand since they are substantial and well built houses. Earlier maps show a row of three smaller houses on the site. It is likely that these would have been thatched as the houses to each side were (and in the case of the house on the left, still is). The Squire was obviously proud of his handiwork because a stone carrying his initials and the date is let into the front wall.

The ivy grew on these houses quite fast because this is how they looked when they were not more than forty years old. The right-hand house later had a lean-to extension which was added to provide accommodation for the post office (one of at least five positions for the post office in the village in the last century). Behind the left hand house it is just possible to make out a thatched barn belonging to Abbott's Close, and to the right one can see the thatched roof of the house which once stood behind the school house (see position X).

Now walk up the narrow path alongside the bus shelter and through the Village Garden to Bird's Cottage... 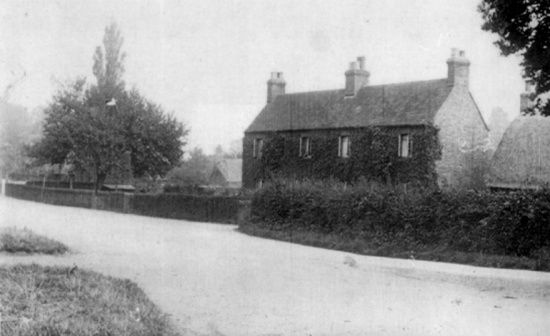 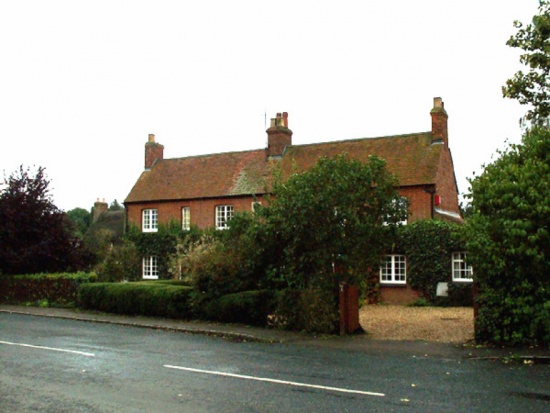 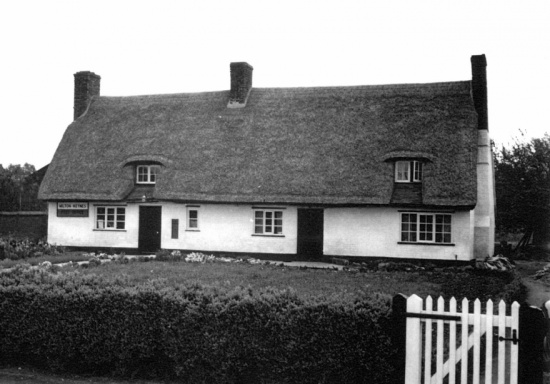 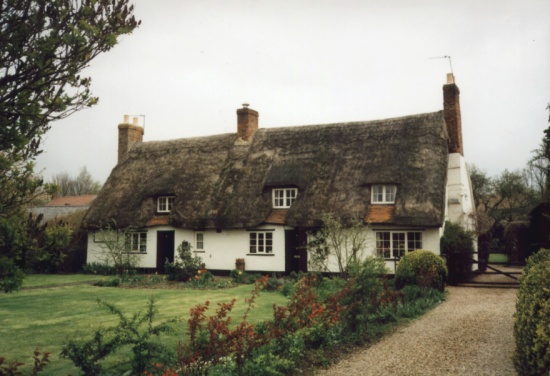