In July, 1898, the firm D. Getaz & Company of Knoxville, TN was awarded the contract to build a new depot for the Southern Railway. The building is constructed of a brick provided by the Washington Hydrolic Pressed Brick Company of Alexandria VA, with granite trim. The building spans 160 feet along the North Carolina Railroad-owned, Norflok Southern-leased trackage that connects Washington DC and points north to Atlanta and points south. The structure once sported a spectacular roofilne of clay tile with protruding dormer windows and a conical tower. The building was modernized with a flat roof after the passenger depot was moved to East Washington Street in 1927, and has since been used as offices for Norfolk Southern Railroad.

Style: Originally Chateauesque. Listed to the National Register of Historic Places April 1980 as part of the Downtown Greensboro Historic District. 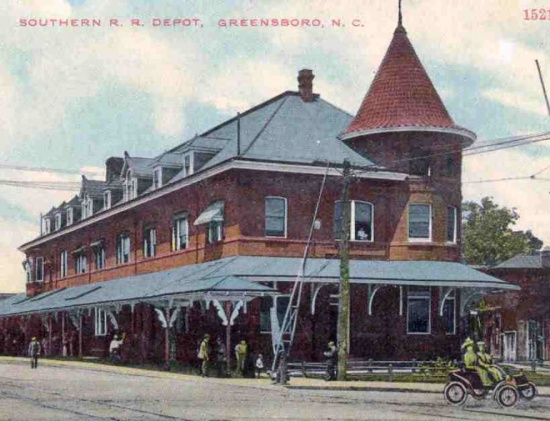