The first town burying ground, this cemetery was constructed in 1663 and last used in 1939. Most of Sandwich's earliest families are buried here. The oldest known grave is of 7-week old Thomas Clark who died in 1683. The second oldest is Thomas Burgess who died in 1685 at the age of 82.

The 1937 book Cape Cod Pilot by Joseph Berger indicates that in 1937 the oldest gravestone (unidentified) was dated 1680 and Sandwich had buried its dead in this location since 1663.

--Proceed back down Grove St. to the Town Hall 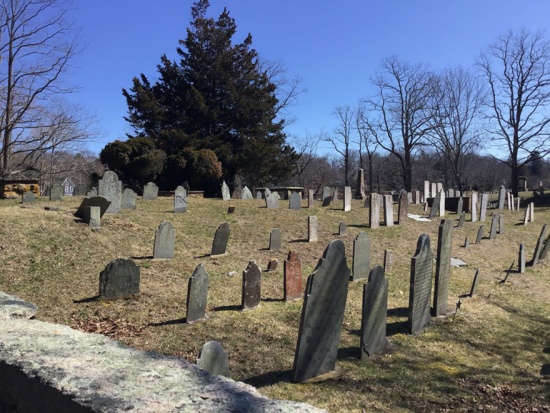