Next to the pub is a disused red telephone box. Now owned by the parish council, there are plans to install a defibrillator and other useful community items, such as a lending library. The the bus shelter next has been converted from the old Village Forge. This was where an itinerant blacksmith would come each week to carry out his trade. Not many bus shelters can claim to have a chimney! Compare the depth of the shelter with that of the whole building.

Crossing the road, go southwards along Walton Road, where you now pass a pair of semi-detached houses. These and six similar ones further along Walton Road were erected by the Society of Merchant Venturers of Bristol who owned the village from 1945 until all the land was purchased by the Milton Keynes Development Corporation. The Merchant Venturers seem to have been enlightened landlords who did their best to raise the standard of housing available for the local farmworkers, and replaced many of the more dilapidated properties in the village (although today these might be seen as desirable cottages ripe for redevelopment!).

The caption on this postcard, which was sent before the First World War, was "School House - Milton Keynes". It seems that the school authorities did not own the house, but older residents can remember the schoolmistress living there. At that time, the schoolmistress was obviously an enthusiastic cultivator of cabbages! The house and a smaller thatched one behind it were pulled down in the 1950s and Merchant Venturers' houses were built on the site. The chimney of the forge can just be made out at the left of the picture. 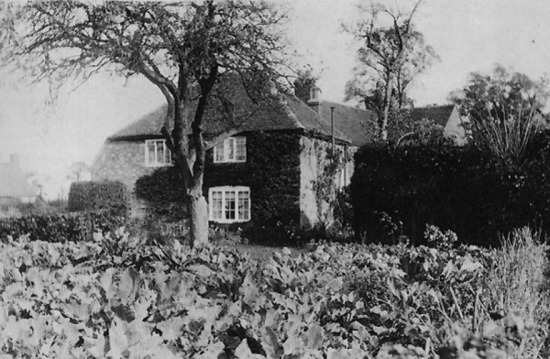 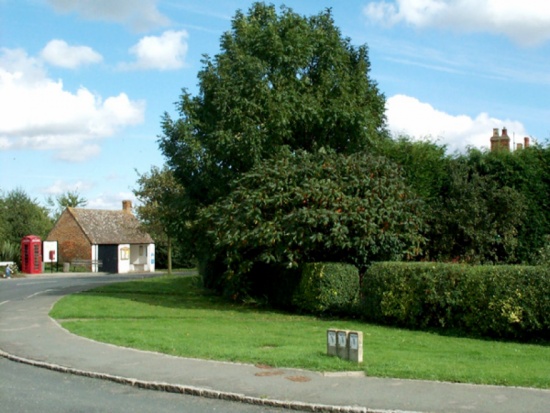 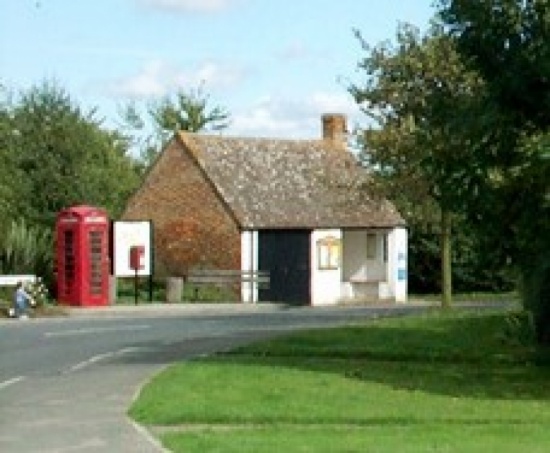