The most famous prostitute of Punta Gorda was Miss Ollie Brackett. Ollie ran a “disorderly, bawdy house of ill repute” at the west end of Marion Avenue, in the bad part of town. Miss Ollie served a few very select customers herself and managed her “stable” of seven “ponies” who handled the rest of the clientele.

Once a week, Miss Ollie would ride into town to take care of her business. She rode sidesaddle on a big white horse, scandalously attired in a provocative dress, a hat with a plume, and her long red hair loose. She was the quintessential madam, except for one distinguishing feature. Miss Ollie was 6 feet tall, which earned her the nickname, Big Six.

On December 5, 1894 Miss Ollie fell ill with dysentery, a very serious stomach virus. Her girls wanted to call a doctor, but Ollie wouldn't allow it. No matter how much they pleaded, she refused to let them get the doctor. In time, she fell into delirium. That's when the girls got the doctor. But it was too late. Miss Ollie Brackett was near death. As the doctor examined her, he discovered something startling and called for three witnesses to attend Miss Ollie's deathbed.

Miss Ollie Brackett was a man!

Witnesses opened a trunk in her home and discovered a marriage certificate in the name of Mariah Dempsey to William Patrick on March 2, 1892 in Hillsborough County. He left Mr. Patrick a few weeks after their marriage and moved to Arcadia where he took up the “wayward life” and acquired an opium addiction. From there Big Six spent time in Jacksonville, Sanford and Fort Myers before settling in Punta Gorda.

Big Six’s true name was George Asbell. He fled Alabama at the age of 17 after pushing his cousin Tom off a cliff.

The story A Woman Scorned in the book Ghost Stories of Punta Gorda is based on this true story. Available locally at Sandman Book Company, Copperfish Books and online at Amazon.com

Big Six was laid to rest at Indian Spring cemetery in an unmarked grave in Potter's Field (a part of the cemetery reserved for people who could not afford a burial). 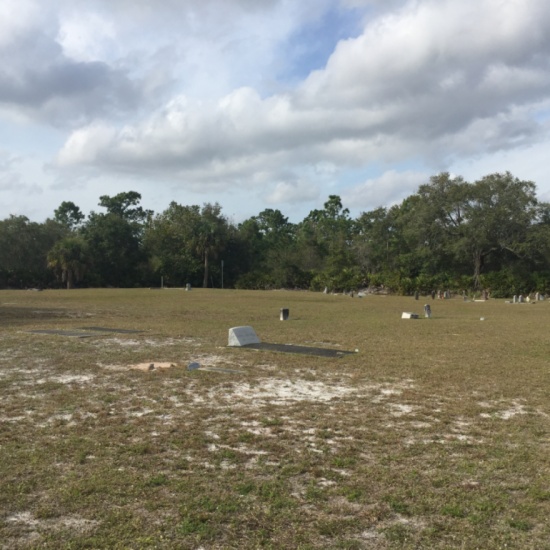 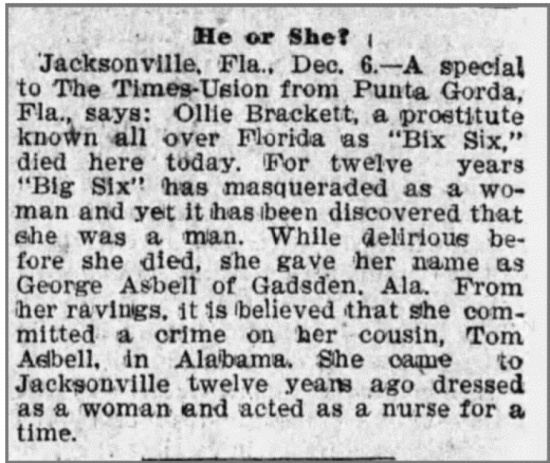 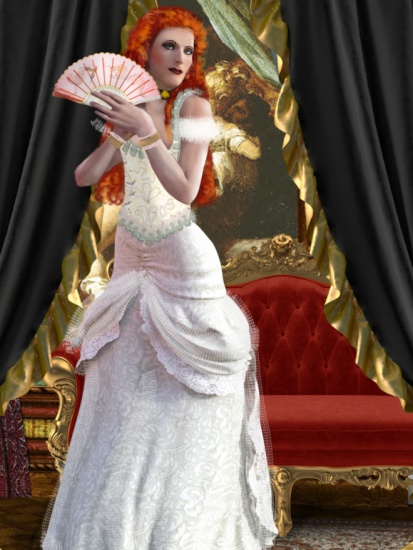