At Point of Interest Number 1 you should be on the Market Place near the War Memorial. Please face south towards Orchard House, now the Cowper and Newton Museum (see above image).

Continental lace makers came to this area of North Buckinghamshire from the late 1500s, through to the late 1600s, as a result of religious persecution in their own countries. The lace makers, particularly those from Lille and Mechlin, settled here in the small market town of Olney. They taught the local women to make bobbin lace and thus began a cottage industry which lasted for over 300 years.

The equipment for lace making could be made locally – the straw stuffed pillow, the wooden ‘horse’ to support the pillow, the parchment patterns, and the wooden and bone bobbins. See image of bobbins above. Examples can be seen in the Cowper and Newton Museum.

The lace makers lived in small cottages in the many ‘courts’, situated off the High Street and the Market Place; also in Silver End - the street to the left of the Museum building. See image above for a photograph of Silver End taken around 1880

The one lace making commodity which could not be produced locally was the thread, linen originally and later cotton. This was supplied by the shopkeepers of the town, often the grocers and bakers, many of whom were in premises around this Market Place. Those tradesmen then bought the finished lace from the lace makers and sold it on at greatly increased prices, usually at special Lace Markets in London, and made a handsome profit for themselves. This dealing became so profitable that they set up as full time lace dealers and spent substantial money on renovating their houses.

Many of the larger houses in Olney were either rebuilt or re-faced in the 18th century for lace dealers. One example is the large building on the south-west corner of the Market Place and the main road (now Numbers 37 and 38). It was originally the Catherine Wheel Inn, but was virtually rebuilt for John Rickards in 1722 and remained a lace dealer’s premises for the next 150 years. A photograph of this building taken in the 1900s is shown above.

A weekly market has been held on this Market Place since at least 1206. Special bobbins could be obtained at the three fairs held annually: on Easter Monday, Cherry Fair in June and Statute Fair in October.

When the poet, William Cowper, lived at Orchard Side from 1768 to 1786, there were around 1,200 lace makers in the town within a total population of around 2,500 in those days; consequently half of the inhabitants were lace makers. The poet was sympathetic to the lace makers and their hardworking life of long hours. He sought, with the Reverand John Newton (through the charity of a generous London benefactor), to relieve any distress with practical gifts particularly during the winter months. Cowper also signed a petition on their behalf, which went before Parliament when the lace makers were threatened with a tax which would have ruined their livelihood.

Incidentally, Cowper’s own home (Number 30) was later used as a Lace School in the mid 1800s.

A photograph taken in the 1920s of a typical Olney lace maker is included in the above images.

Now make your way across the Zebra Crossing and then turn right and carefully cross Spring Lane and walk some 250 metres until you arrive at Evelyn House, Number 15A High Street, where Point of Interest Number 2 is visible. 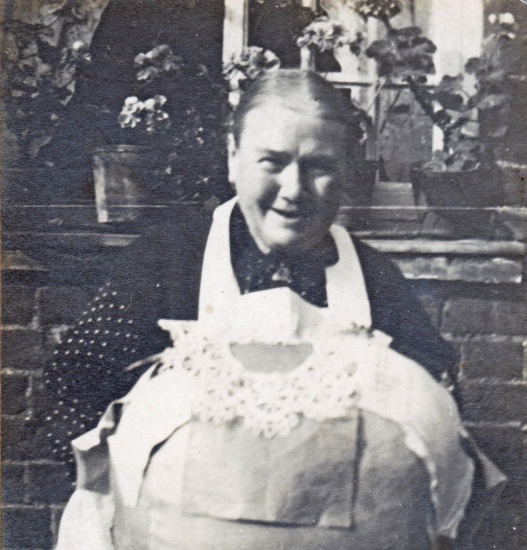 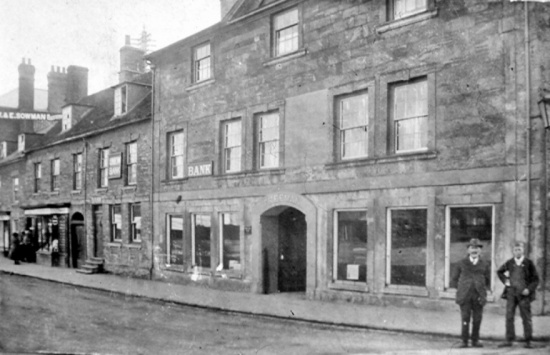 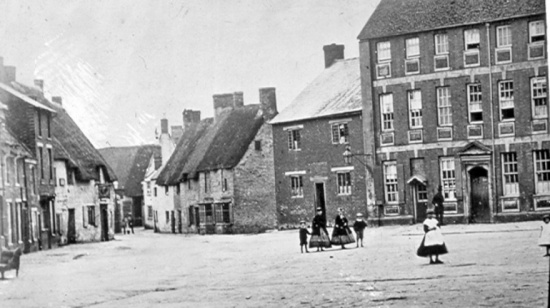 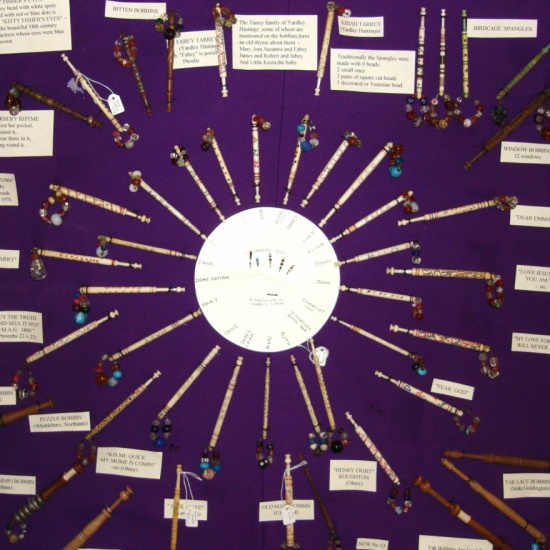 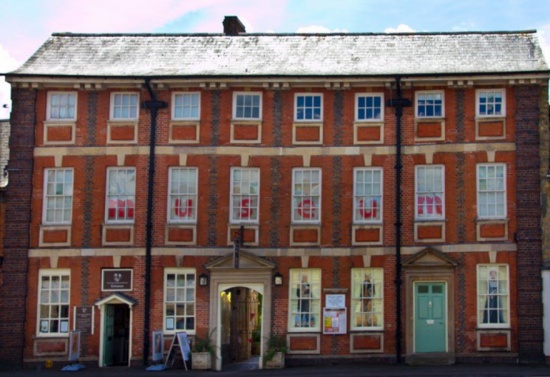