Early in the morning of June 25th, Anna Quinn woke in her apartment in the Opera House Block to a loud crackling sound. When she went to her window, she saw a wall of flames engulfing the store below. Trapped in her upstairs apartment, she called for help and caught the attention of Earl Campbell outside. Campbell went to raise the alarm and get the town’s “chemical engine.” The flames had started in the basement of the Pearsall Clothing Store, but strong winds blew sparks from the windows to nearby buildings. In addition to the Pearsall Clothing Store, the Opera Block housed apartments, the First National Bank, an insurance office, a five-and-dime store, a drugstore, and the Opera Hall, among others. The fire spread so rapidly through the block that the priority of responding firefighters turned to containment. The total cost to replace the buildings was estimated around $150,000. The First National Bank, despite this high price tag, later rebuilt in their same location on the Opera Block.

Chemical engines, or chemical apparatus, became popular around 1870 as an improvement upon hand-drawn water engines. The engine held tanks with sulphuric acid and bicarbonate of soda, which when mixed together produced carbon dioxide. The pressure of gas in the tank propelled the mixture out onto the fire. Chemical methods were initially touted as a more effective method of putting out fires. However, it became clear that the chemical engine’s primary benefit was not improved performance over water, but simply the time saving measure that firefighters did not have to first manually pump the engine tank full of water before putting out a fire. 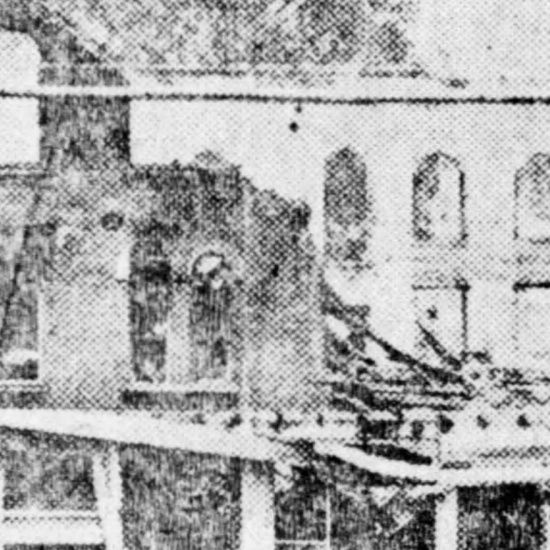