Shawnee Village Hall- Directly beside the village jail is the original Shawnee Village Hall. The two-story, white-framed, wooden structured building you see to your left was built in August of 1874 and was known as “The Tower.” The wood-framed building was built at a cost of $685.00 dollars and is believed to be the first structure built in the village. When built, it had a slate roof and featured a large meeting room on the second floor and a jail cell on the first floor. This building served as the original village hall of Shawnee until the red-brick structure next to it was built in 1889. The bell in the tower once sounded all fire alarms and in the evening reminded the town children of the evening curfew. Many older residents who recall this refer to as the “kid bell.” 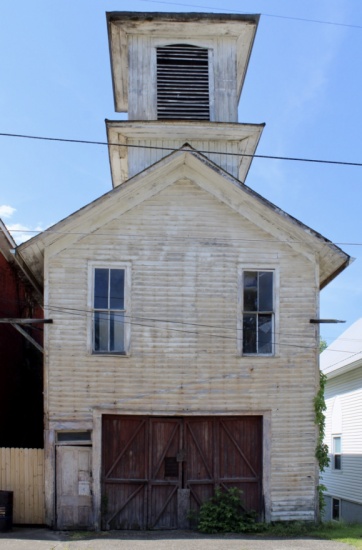