The Strand Theatre (also known as the Lincoln Theatre), is one of the few surviving buildings on Henry Street. Famous black filmaker, Oscar Micheaux, operated from this building in the 1920s. Some of his films were shot locally.The building is now part of the Roanoke Higher Education Center which houses the Culinary Institute of Virginia Western Community College.

On site is a Virginia Historic Marker for Oscar Micheaux, Black Film Maker

There is also an interior lobby exhibit in the Strand Theatre (Lincoln Theatre) for Oscar Micheaux. 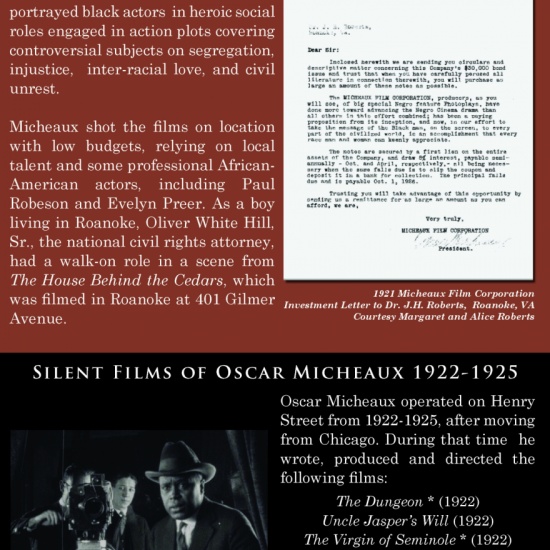 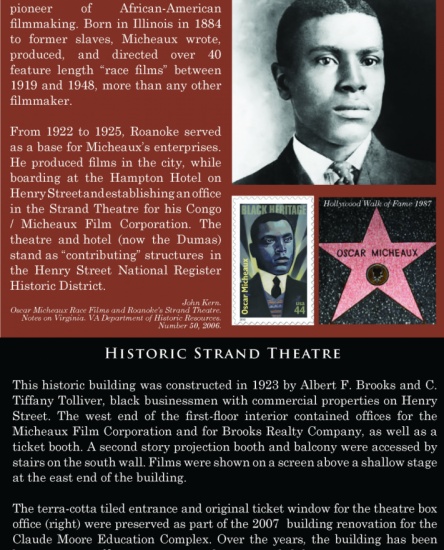