Begin the historic buildings self-guided tour in the Patio de Leon. Originally, Patio de Leon was known as Tonnelier Court after its builder, Peter Tonnelier. Small, live alligators kept in the courtyard's original fountain were an early tourist attraction. In 1924, the courtyard was sold to George R. Sims, who renamed it Patio de Leon (note the "leon"/lion motif throughout). The Patio has been a popular gathering place since its creation, hosting a vast array of stores, restaurants, services, entertainment, and offices. The main draw for decades was the Omar Theatre, shown in the historic photo, which was built in the Moorish Revival style. Although the theatre no longer exists, plenty of entertainment and community gatherings are still held in the Patio today. 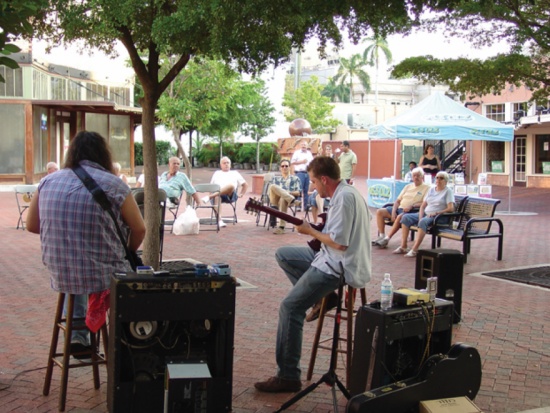 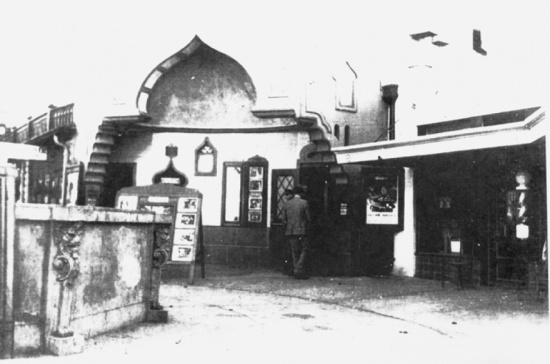 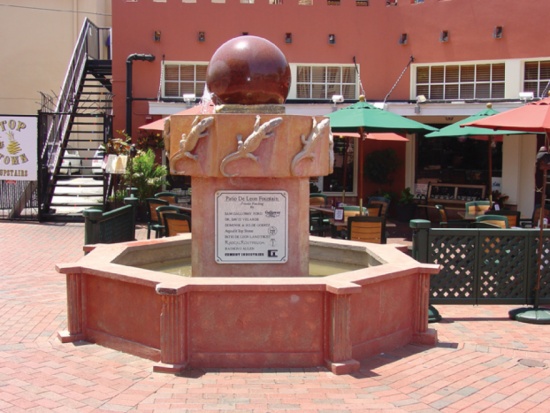 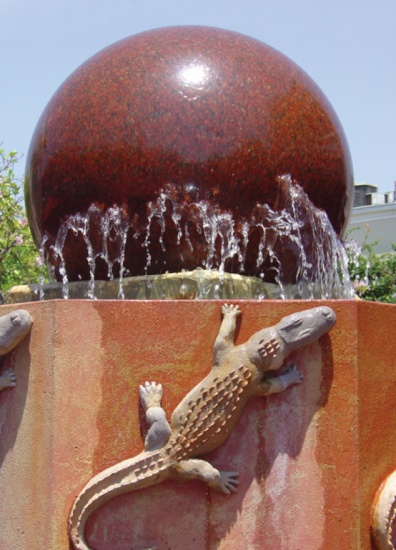