To create Pekin Riverfront Park, a section of old Front Street (Pekin's "First Street") was closed off and the old Tomen Grain elevators were torn down in the fall of 2004. The new park was dedicated and formally opened on 18 Sept. 2005.

Prior to the construction of Riverfront Park, the stretch of Front Street on which it was built had long been dominated by towering grain elevators. By the mid-20th century there was little else on that block of Front Street, though the 1955 Pekin City Directory mentions that the International Hod Carriers Union Local No. 231 had its union hall at 110 Front Street. The same directory says the Pekin Farmers Grain Co. elevator was at 209 Front St. Just three private residences were in that block of the street in 1955. 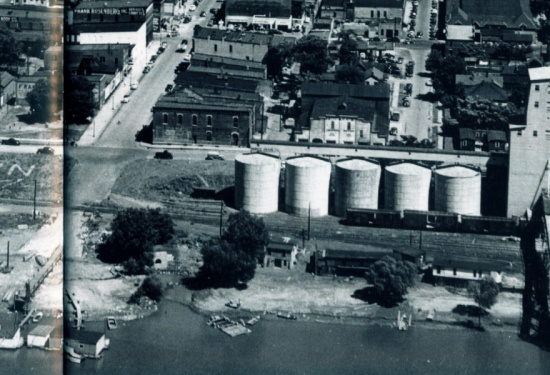 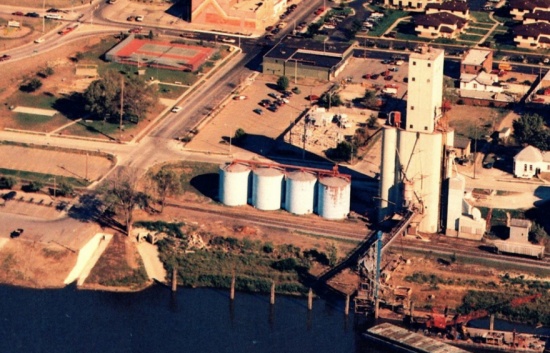 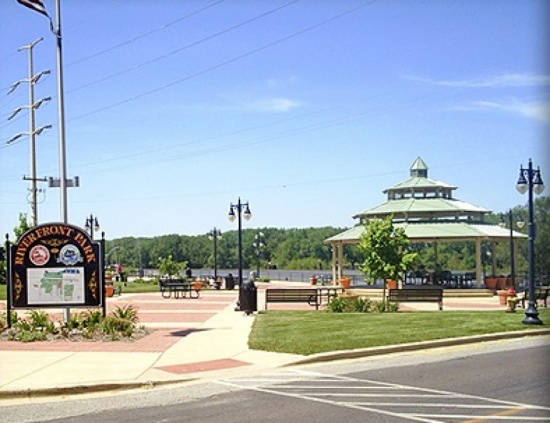