After fire destroyed Harry Pettitt and George Kysor’s first grocery store, they proclaimed that fire would never again wipe out their business. The new, sturdy building they built opened in 1906. With a bakery located behind the building, Pettitt & Kysor was best-known for homemade baked goods and ice cream. There was also a fresh meat counter where wild game was sold. Pettitt & Kysor was primarily a “delivery-style” grocery store, meaning that a horse and buggy would make rounds in the morning to take orders and deliver them before dinner. After Harry Pettitt died, George Kysor sold the store, and it continued to operate as Waytonka Market until 1974. The building later reopened as Five Swans gifts and was subsequently used for miscellaneous purposes. It was demolished in 2019. 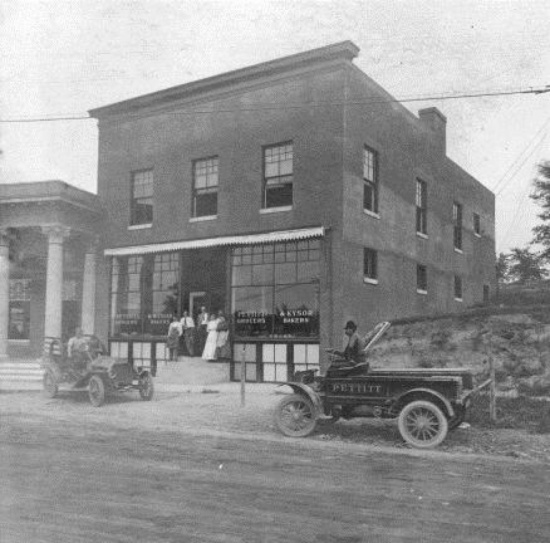