Pipestone's City Hall building was designed by South Dakota architect Wallace Dow. It was constructed in 1896 of locally quarried Sioux quartzite. It took seven months and $7,822 to build and the keys were handed over to the City in December of that year. The original bell tower was removed in 1925 and the bell is now housed at the current fire department (118 3rd Ave. NE).

Originally the building housed the local government and the fire department which used water from an on-site well. For a short time, it also housed the city jail, the public library, a gymnasium, a meeting hall, and a teen center. In 1959 the fire department moved to a new location and the city vacated in 1960. In 1966 the property was deeded to the Pipestone County Historical Society and the Pipestone County Museum opened in 1968. 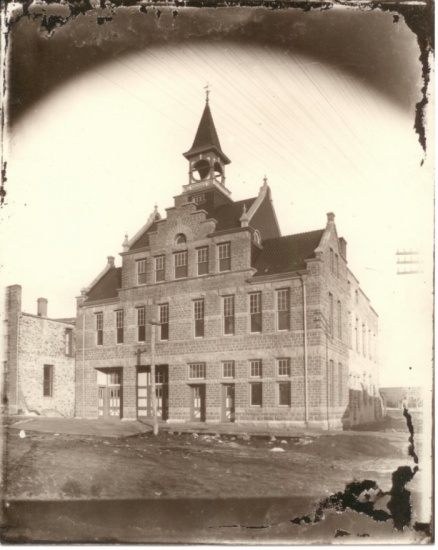