This building has commonly been called the "L" due to the shape of its original construction around the Moore Block on the corner, originally there were storefronts on both Main Street and Hiawatha Avenue. It was built in 1896, a one-story vernacular building of light-colored Sioux quartzite. The portion fronting on Hiawatha Avenue was a much simpler design than the one on Main Street. The facade on East Main features a decorative top, recessed areas resembling windows, and a Duluth sandstone sculpture of an angel holding two infants. A polished name stone in the upper middle of the front has "Moore" carved into it. In 1916 the interior was divided and became two separate store areas that housed dry goods and groceries, bars and a pool hall, and a dry cleaner.

The west store no longer exists due to a 1966 fire in the Riteway Cleaners which was occupying the space. The south and west portion of the "L" building was destroyed. In 1993 the north portion of the building was converted into the lobby for the Pipestone Performing Arts Center.

To view the Masonic Hall, contact the Pipestone County Historical Society at 507-825-2563. 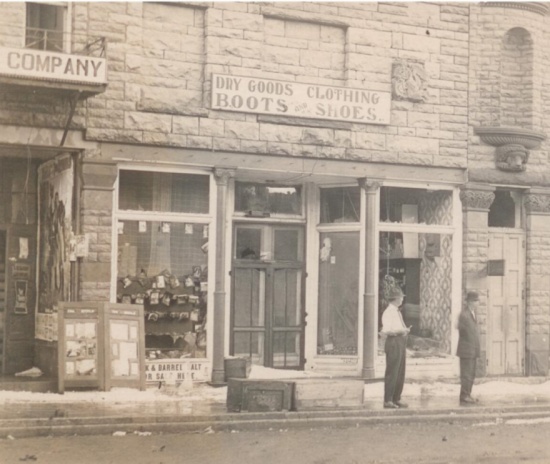