This building has gone from a livery barn to a restaurant. Until 1900 the building was owned by Alonzo Babcock. Around 1900, he moved from Nappanee to South Bend.

In 1932, Clayton Pletcher moved his family to Nappanee and started their furniture company.

The first store was on south Main Street. They later moved to this location about two-four years later. The Pletcher’s furniture business survived nine fires in its six decades including four total losses.

After the Pletcher Furniture moved, Wolfberg’s Department Store moved into the store. This was a second location for this store the first one being in Wakarusa. They closed the Nappanee location in 1979 and the Wakarusa location in 1983.

The building was later Anderson’s Woman’s Wear and Tap and Dine. In 2018, the building was completely gutted and remodeled for the brand new Ruhe 152 restaurant. 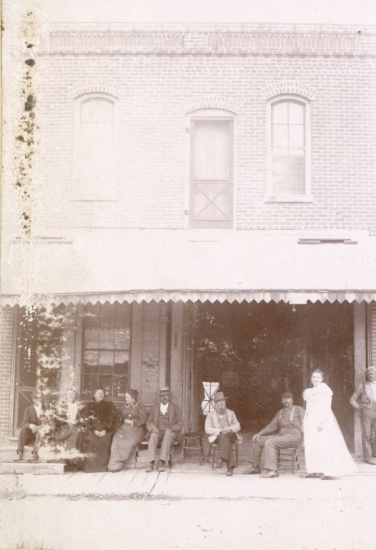