First Lieutenant Hector J. Polla entered the U.S. Army from Missouri and served with the 57th Infantry Regiment (Philippine Scouts) in the Philippines during World War II. He was taken as a POW following the Japanese invasion and was interned in the islands until December 1944, when he was transferred to the Oryoku Maru for transport to Japan. He survived the attack on the Oryoku Maru and was eventually transferred to the Brazil Maru. Records indicate that 1LT Polla died on January 21, 1945, from wounds he had sustained in the earlier attacks and was buried at sea. However, these records often involve information solely furnished by enemy governments, with some casualties given multiple dates of death. Future research may determine these reports were inaccurate. 1LT Polla’s remains could not be identified following the war, and he is still unaccounted-for. Today, First Lieutenant Polla is memorialized on the Walls of the Missing at the Manila American Cemetery in the Philippines. 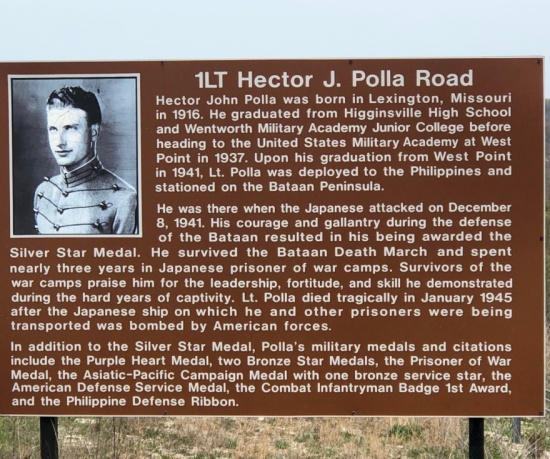