In 1913 the Price doctors of Melvin (Delbert) and Willard decided to build a small building that would serve as an office and hospital. Their business had expanded very rapidly and the demand for surgery was so large.

H.F. Frazier was the architect of the building and had been in charge of the construction of the building. It was one of the most modern and up-to-date physician’s office and hospital buildings at its time.

Delbert went to open his own practice in his home. Douglas was called into war service January 1941. Willard carried on the practice for two years without Douglas. The hospital reopened after Douglas came home from the war.

The building has since been offices and even a book store. Now today the building is being used as a spa. 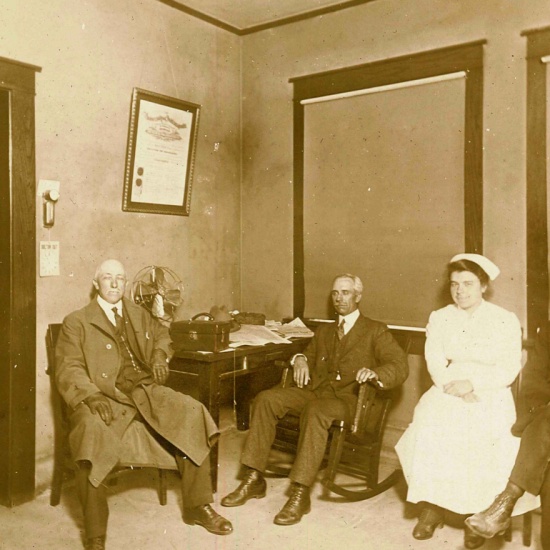