The Cinema Gallery was originally called Busey’s Hall, and later called the Princess Theater. Busey’s Hall was built in 1870, as an opera house and businesses. The building burned down and was rebuilt in 1878. It was converted to the Princess Theatre in 1915, with a massive neon marquee added in 1934. It was purchased by Kerasotes Theatres and renamed the Cinema Theatre in 1967. In 1995, Norman and Carolyn Baxley bought the building and renovated it for retail shops and, later, an art gallery. Current tenants also include the Urbana Dance Academy.

This building is a local landmark and a contributing property to the Downtown Historic District.

This point of interest is part of the tour: Historic Downtown District and Imagine Urbana Tour May 2021 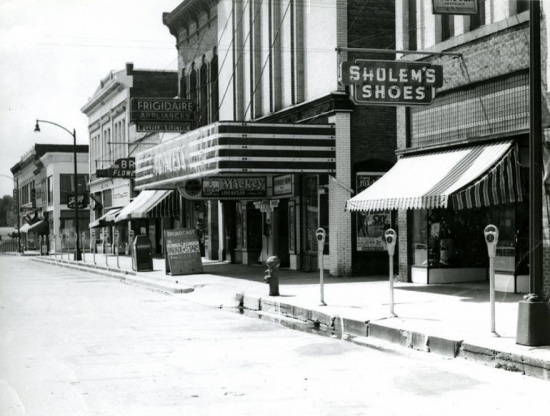