On the south steps of the Indiana War Memorial, facing University Park, stands the large bronze sculpture Pro Patria, a Latin phrase meaning “For Country”. The sculpture, created by Henry Hering, features a young man reaching heavenward and holding the American flag, which is draped around him. Pro Patria was cast in seven pieces by Roman Bronze Works of Corona, New York, and took three years to complete. When set in place in 1929, it was the largest sculptured bronze casting ever made in the United States, standing 24 feet tall and weighing approximately seven tons. Mr. Hering, the sculptor, said, “I have attempted to embody in this memorial, the spirit rather than the material concept of a soldier – to give a figure an expression of all there is in humanity of aspiration, valor, renunciation and the perpetuation of the memory of the patriot fighting for the right. I include peace also, for the left hand raised in exultation also may snatch the olive branch.” 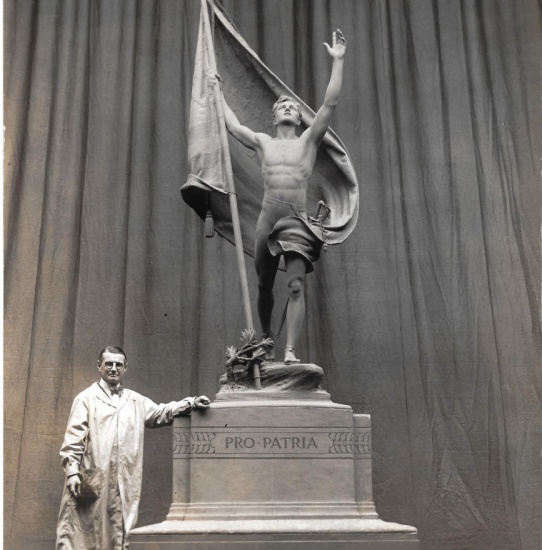 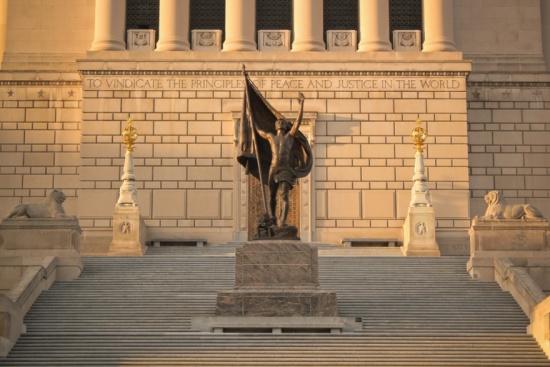