As you walk down Bank Street you will see the Wall Inscription (images 1 and 2) by landscape artist James Gordon. This is part of a commemoration for those killed on Saturday, 8th April 1820 as part of what has become known as the Radical War or the Scottish Insurrection.

This incident followed a series of strikes and protests by low paid craftsmen calling for reform. The unrest came to a head on Saturday when a group of radical weavers from Paisley were brought to Greenock to be imprisoned.

Local people who supported the weavers jeered and threw stones at the militia. The militia managed to get their prisoners into the Bridewell but had to fight their own way back out through the crowds.

The militia opened fire and eight local people, including an eight year old boy (image 3), were killed. Although the militia escaped, the crowd stormed the prison and freed the weavers.

Further down the hill is the 'Hands of the Fallen' memorial (images 4 and 5) by sculptor Angela Hunter.

Tap on images 2 and 4 to see the full picture.

Continue by walking downhill to the corner to Pin 28: Cathcart Street. 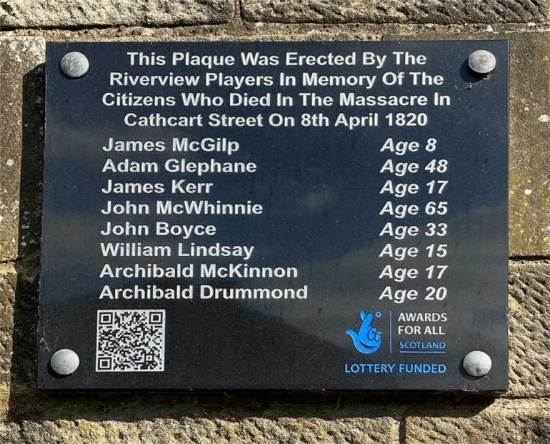 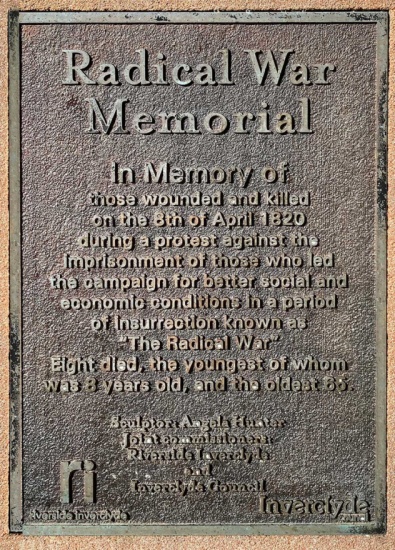