The gorgeous and colorful mosaic tiles of East Austin's Rhapsody mural combine to create an animated tribute to East Austin's musical past.

The 50-foot-long artwork was designed in 2003 by University of Texas Art Professor John Yancey to commemorate a time when blues and jazz music filtered through the east side of segregated Austin. Yancey, a longtime local resident, searched through old photos and documents to help inform his design, though he has seen much of the change in East Austin firsthand.

The work was part of a larger project called "Eleven East," funded by the Austin Revitilization Authority to memorialize African American institutions along East 11th Street. The plaza where it sites, Charles E. Urdy Plaza, is named for a respected community leader. 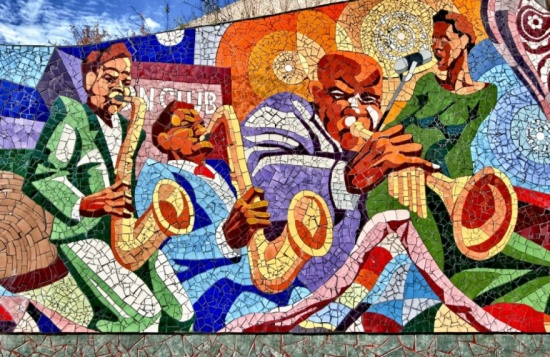