Architect and School Board Building Commissioner George E. Turner designed the three-story red brick school, which opened in November 1913. Though architecturally stunning, the school had structural issues. It was built on a slough, which caused the basement to sink and spurred flooding in the first year. Ritchie School closed in 2008—only 89 students were enrolled. In 2009, École Joseph Moreau, the debut francophone junior high in Western Canada, occupied the space. Ritchie School was demolished in May 2020.

To learn more: Episode 1 of A Little Bit Ritchie 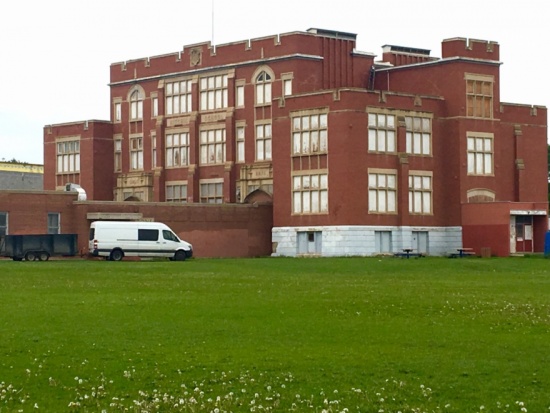