Although the 1918 Riverboat Columbia disaster is Pekin's worst river disaster, and heralded the end of the Steamboat Age, Pekin had twice before suffered lives lost in large scale riverboat wrecks.

Pekin's first riverboat disaster was the wreck of the Prairie State on Sunday, 25 April 1852, a tragedy that occurred at Pekin itself (unlike the later two disasters). Ben Allensworth's 1905 'History of Tazewell County' says, “The two steamers, the ‘Prairie State’ and the ‘Avalanche’ coming from the north, landed almost simultaneously at the Pekin wharf. They were evidently racing as both were carrying a high pressure of steam. The ‘Prairie State’ pulled out of the landing ahead of her competitor, and when nearly opposite our gas works, her boilers exploded with terrific force. This happened on Sunday about the time for the beginning of church services. The people went to the rescue of the injured, and the wreck of the ‘Prairie State’ was towed back to the wharf by the ‘Avalanche.’ Many bodies were recovered and laid side by side under the walnut and oak trees on the bank of the river. The citizens turned their houses into temporary hospitals in which the injured were cared for." Contemporary accounts place the total of the dead at about 20, but later accounts give the exaggerated figure of more than 110 -- but that was probably the total number of passengers, not the total of the dead. Most passengers were not from Pekin, but a number of the survivors decided to settle permanently in Pekin

Pekin's second riverboat disaster was the wreck of the Frankie Folsom. The Pekin excursion ship Frankie Folsom, captained by John C. Losch, was named for the wife of President Grover Cleveland. The boat sank in Peoria Lake when it capsized during a sudden storm on 12 July 1892 with the loss of 12 lives (all from Pekin). The boat, carrying 40 passengers, was on an excursion from Pekin to Peoria for a performance of a pageant, "The Last Days of Pompeii." The boat was later raised and sailed again under Capt. Losch.

Finally, on the night of 5 July 1918, while returning from a day's outing at Al Fresco Park in Peoria, the riverboat Columbia hit a sandbar and log that tore a hole in its hull near Wesley City (Creve Coeur), causing the boat to sink and collapse. A total of 87 lives were lost, 57 of whom were from Pekin. The enormity of this tragedy spelled the end of the era of the steamboat pleasure excursions on the Illinois River but throughout the waterways of the U.S. Local historian Ken Zurski has written the definitive work on the disaster, entitled, "The Wreck of the Columbia: A Broken Boat, a Town's Sorrow & the End of the Steamboat Era on the Illiinois River." Among the relics saved from the wreck of the Columbia is one of the boat's U.S. flags, which is preserved in the archives of the Pekin Public Library. 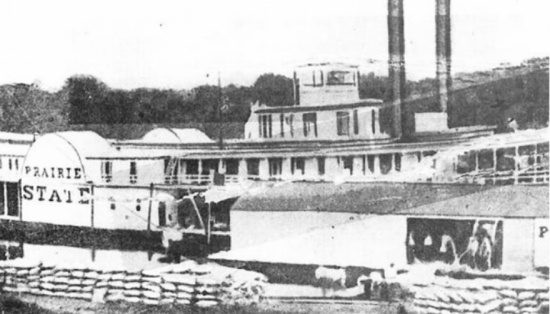 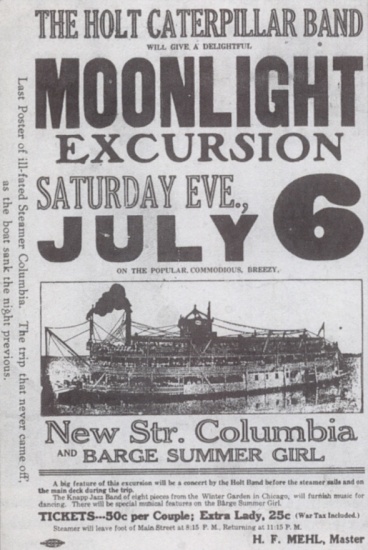 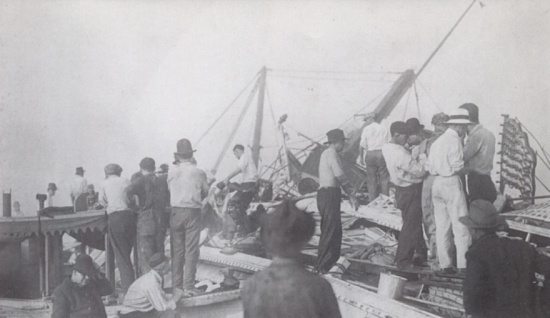 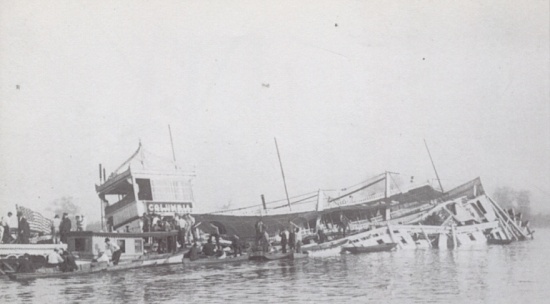 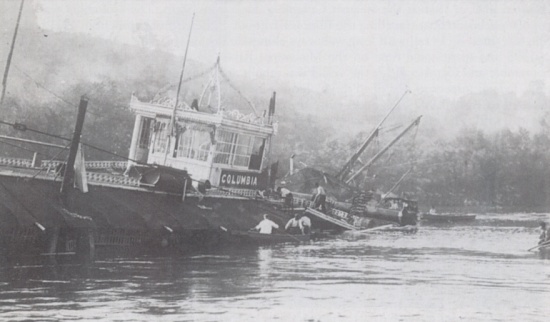 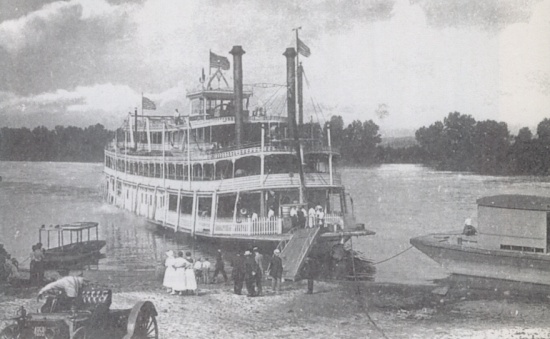 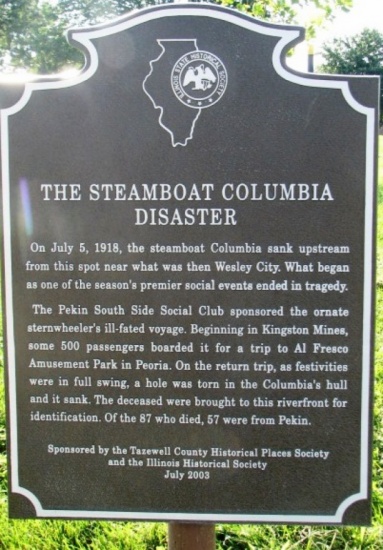