During May 1992 many bones were discovered during the extension of the cricket field car park. The Police were informed, but it soon became clear that the skeletons were very ancient. The Bucks County Museum Archaeological Service excavated the whole area and the bones were found to represent at least 100 individuals. Two of the skeletons (one of which partially overlay the other) were sent to Amsterdam for radiocarbon dating and were found to belong to the period round about AD 900. The burials were all aligned east - west and no grave goods were found - which helped to confirm that these were Christians of the late Saxon period. It is thought that the site was used for burials for at least a hundred years, but there is nothing to indicate why the burial ground moved to its present position on the west side of Willen Road where All Saints Church now stands.

The bones found in 1992 were re-interred at a ceremony on All Saints Day 1995 near the gate of the present churchyard under a specially inscribed slate slab. Future archaeologists maywonder why the bones are packed in polythene bags!

To the north here is the football field. This was a gravel pit in the past, which was only filled-in during the 1970s - so unfit for building on. It sees regular use during the football season.

Now retrace your steps down towards the church. 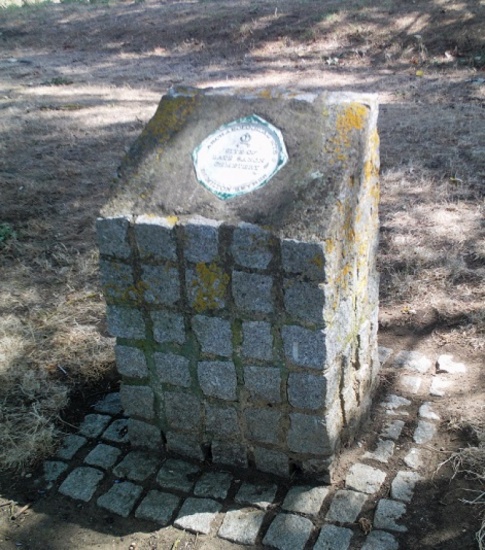 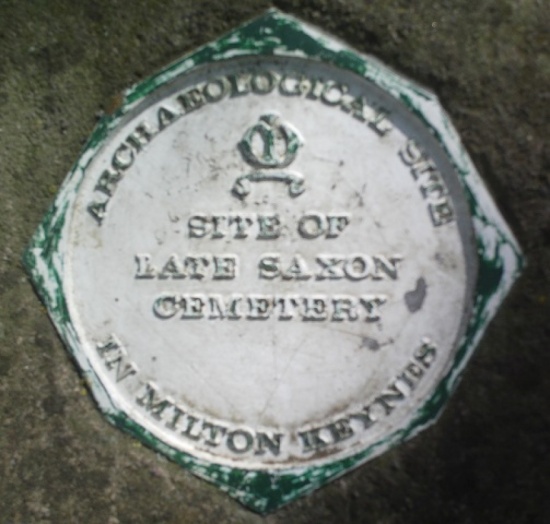 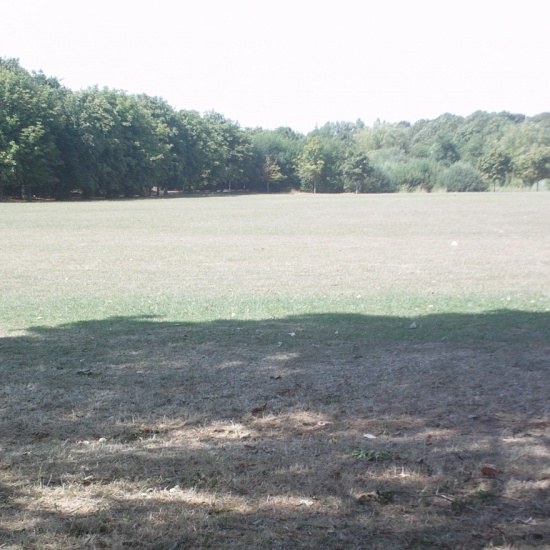 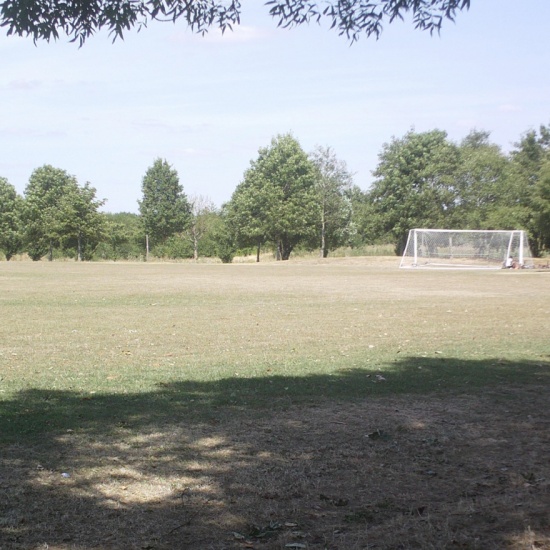 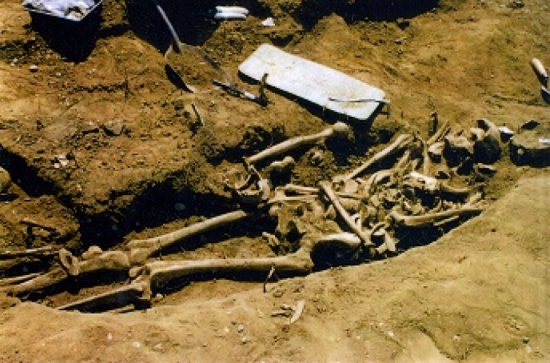