Greenock's and Port Glasgow's rise as a major shipbuilding area (images 1 and 2) had its roots in the 18th century when it provided the vessels for the thriving local herring fishing industry. The skills learned in building these herring busses became the springboard for local shipyards to take advantage of the growing demand for ocean-going vessels to trade with the West Indies and warships for the Napoleonic Wars.

Scotts' Yard, to the east of Customhouse Quay, (image 3) was at the forefront of this expansion of shipbuilding, it being the first shipyard on the River Clyde to build a vessel for non-Scottish owners in 1765 and its first warship, The Prince of Wales, in 1806.

As shipbuilding flourished, Greenock became the second largest port of registry in Scotland in 1828 with 425 vessels registered. This also encouraged the growth of many associated trades such as ropeworks, canvas manufacturers, foundries and sawmills.

Pioneering work on the development of the steam engine led to the launch in 1812 of 'The Comet' (image 4) at Port Glasgow which was the first steam powered vessel in Europe to carry paying passengers. This and the extension into building iron ships with steam engines cemented the future of local shipyards.

The years 1875 to 1914 saw the greatest development of Inverclyde's shipbuilding industry.

In the years after World War 1, depression hit the industry which was briefly relieved by the need for shipbuilding during World War 2. After 1945, the industry faced competition from abroad, restructuring and finally closures.

Many harbours, including the former West Harbour, have now been filled in and together with former shipyard land, redeveloped for shopping, leisure or new industries.

If you do not wish to walk the Shipbuilding and Fire Station Loop, retrace your steps to the end of the Arts Centre, bear left and go through the Admiralty Anchor Garden then cross back over Rue End Street. Turn right to rejoin the tour at Pin 47: Police Station.

Continue the full tour by walking to the lights at Viginia Street and Rue End Street Turn left, cross Virginia Street then follow the pavement to Pin 43: Site of Scotts' Dry Dock. 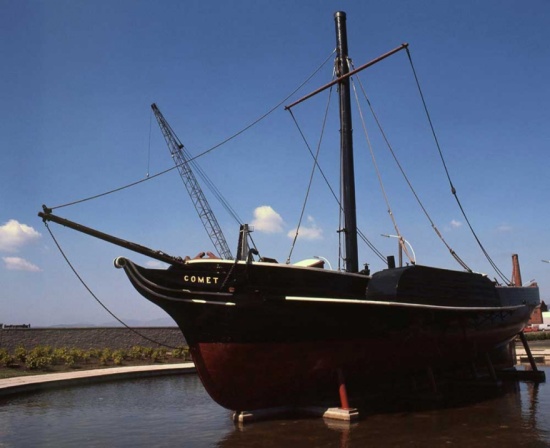 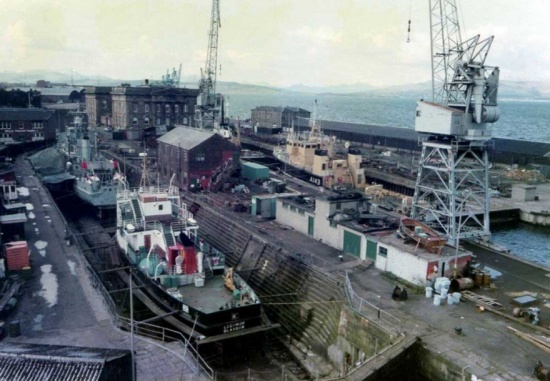 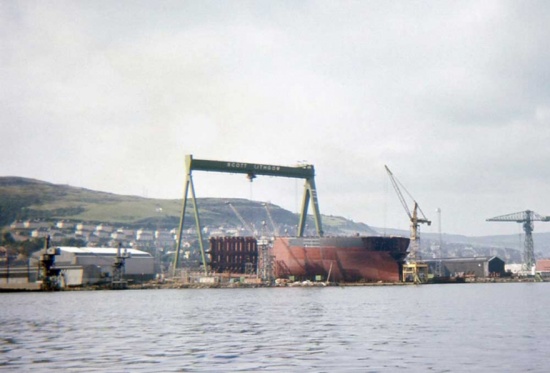 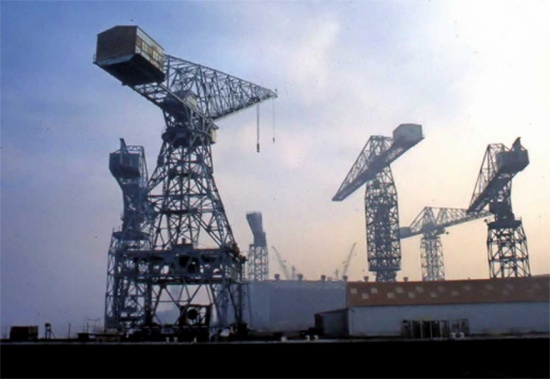