The Sixth Street Cemetery, now called Veterans Park, served as Newark’s first cemetery from its founding in 1802 until it closed in 1850 with the opening of Cedar Hill cemetery. Local families with loved ones buried at Sixth Street were encouraged to have them exhumed and transferred to Cedar Hill through 1875, but the relocation of the dead was not done with any completeness. Human remains still linger under the ground upon which you walk. Over the years, tombstones have been found through erosion and one, re-erected, is still visible today. In 1976, the Daughters of the American Revolution honored six revolutionary war veterans believed to still lie buried at this defunct cemetery. At Veterans Park, a cultural center with several museums and memorials, there remains a layered quality to the supernatural: the land, the structures, and the history, all lend weight to the belief that it is a strong candidate for restless spirits.

Image 1: Detail of the Sixth Street Cemetery, called the Old Graveyard, from a 1853 map of Newark.

Image 2: Photograph of the entrance to Veterans Park with the list of the cultural instutitons that are currently sited there.

Image 3: Photograph of a burial monument that has been re-erected at the site which sits atop a Native American mound.

Image 4: Memorial for the veterans of the Revolutionary War that may remain buried at Veterans Park. 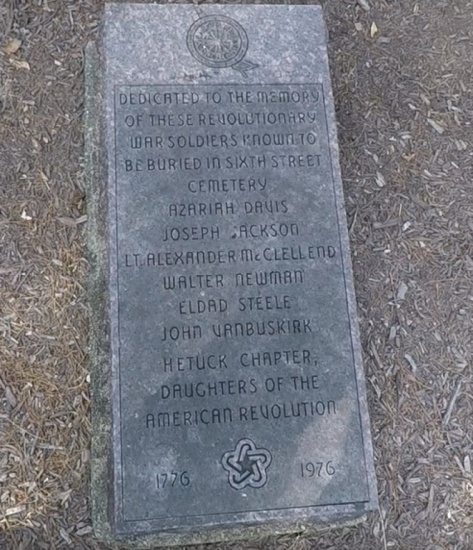 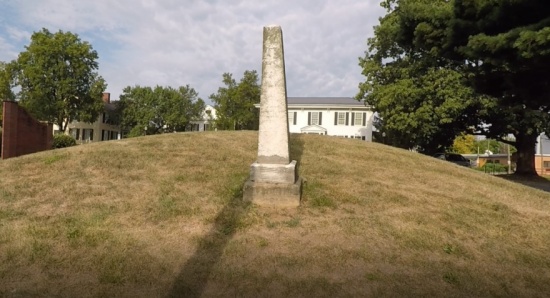 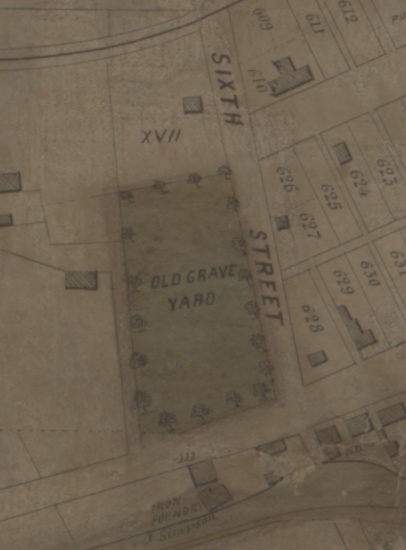 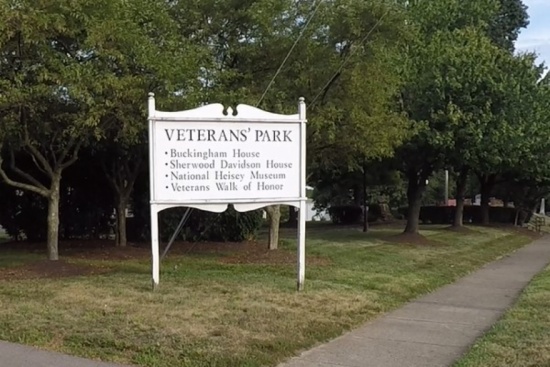