A successor to the Gray Reserves, which originated in 1822, the First Regiment was the first to be called to action following the attack on Fort Sumter. The Spirit of ’61 shows a First Regiment soldier marching in full uniform, a unique rendering at the time of its execution. The statue was commissioned for the 50th anniversary celebration of the regiment in 1911. It was installed on Broad Street in front of the Union League of Philadelphia, supposedly until an appropriate location could be found in Fairmount Park. A site was never selected, however, and the work was formally deeded to the Union League on the regiment’s centennial anniversary. The artist, Bush-Brown, executed a number of equestrian sculptures throughout the United States, including Major General George Gordon Meade (1896) at Gettysburg. 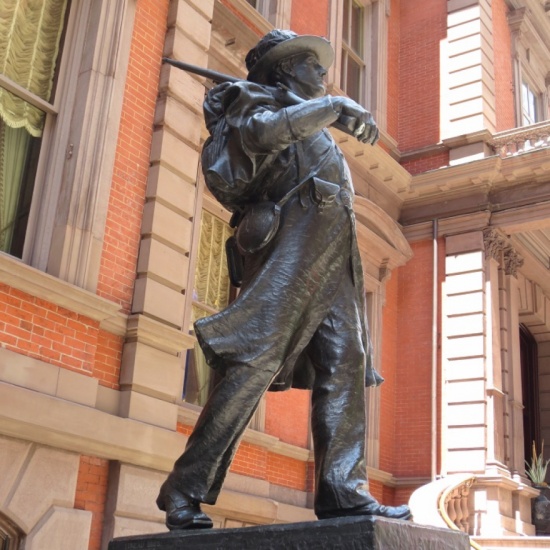 Spirit of ’61 (1911)
Photo By: associationforpublicart.org