Lubna Batool: I remember I was here myself in 2001 when the 9/11 attack happened and I know that was a hard time for everyone. Especially as a Catholic tradition that we have here and we respect all religions and all ethnicities, do you think there was a certain kind of fear in that period of time or how was there a support system where everyone was united and there were possible programs, or anything offered, or meetings offered to come together and discuss this matter?

Sister Elizabeth Hill: Well we certainly had many gatherings as a result of it. Some, to do exactly what you just said, to be together as a community, to pray together, to support each other. It was a shattered time. Nobody who lived through would ever forget that day. You exactly where you were, what you were doing, with whom you were speaking, when you heard about the first plane, and then when you heard about the second plane, and then you knew. I think the College pulled together beautifully. We did not have then as many Muslim students as we have now but we had a few and I think we reached out immediately. Students reached out to their friends and faculty and administration reached out to assure them that we didn’t blame them. We didn’t equate them with what had happened. That we understood that they were as dismayed and as heartbroken as we were. And so I think, it was certainly a heartbreaking time we lost several of our recent graduates of the college and so we had a ceremony to memorialize them over near St. Angela Hall.

We had a number of different things, I remember speaking at different things, always with that effort to reach out and just be reconciling. The sisters of Saint Joseph who have been part of this College for its entire history of 100 years, our mission is to be instruments of unifying love and reconciliation. It was very important to us as the leaders of the institution that we create that environment, that we immediately cut off any blame games or harsh retaliation or anything like that. And I think, I hope, we never really know what’s going on in somebody else’s heart but I hope that we were somewhat successful in embracing the community in a way that enabled us to go forward together. I think the fact that we had a number of young Muslim women come is, to me, a sign that we’ve been successful in doing that. That they do feel at home here, which is important.

Lubna Batool: Also as an ACES student myself, I’d like to know what inspired the founding of the ACES program and how did this affect promoting diversity on campus and the student admissions process?

Sister Elizabeth Hill: Well you can talk about that better than I can me because you’re there. Are you also, Yessey?

Sister Elizabeth Hill: That really began as a combination of our desire to diversify the population precisely and to increase our student body. We realized that there were a number of very bright, gifted young men and women out there who would prosper in a place like St. Joseph’s College, which is small, student centered, that would provide them with the kinds of opportunity and back up that would enable them to succeed.

I have to credit Sister Margaret Buckley with having the idea. She didn’t name it ACES, one of the alumni named it ACES because we had a little ad hoc committee of women who had been very successful in the public school system, that were superintendents or principals so we brought them together and said, “How would you do this if you were doing it?” So they gave a few suggestions and we kind of used most of them and one of the suggestions was to call it the ACES program so you would all think that you were aces, which is a good thing to be. So that’s really it. It was a very simple effort. It started small and then we were fortunate enough to have a benefactor Dick Dunn from California and his wife, Marygrace Calhoun Dunn (‘46), had died very suddenly and very recently and he was bereft really.

I knew that he wanted to do something to remember her here at her alma mater. So I went to him with the suggestion that he might endow, or at least give the start-up funds, for this program and he loved the idea. So that’s how we put together the idea, which came from a whole bunch of people and we got the start-up funds and then of course since then we’ve been continuing to try to support it through fundraising and, you know, just keeping it going. 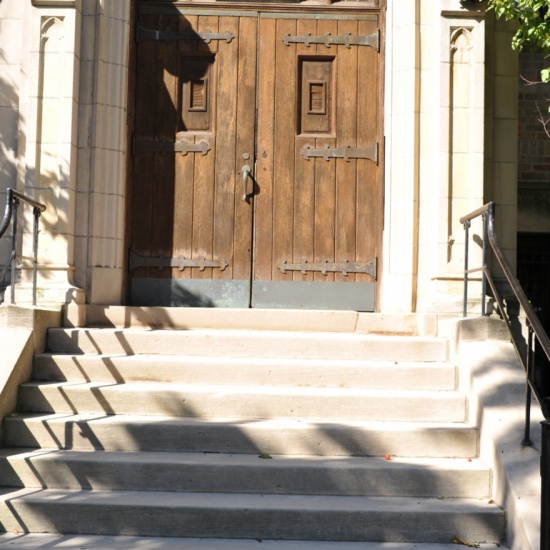