The parish of Saint Bartholomew’s was organized in early 1916. Mass was held at Village Hall on Lake Street until a new church was completed by December of that year, just in time for Christmas Day celebrations. The church’s stucco façade was painted gray with white trim and named after its founding pastor, Reverend George Bartholomew Scheffold. Mass continued to be held at this location until the building burned down in 1964. The current church and school were built shortly thereafter, and today the original site is occupied by Saint Bartholomew’s playground. 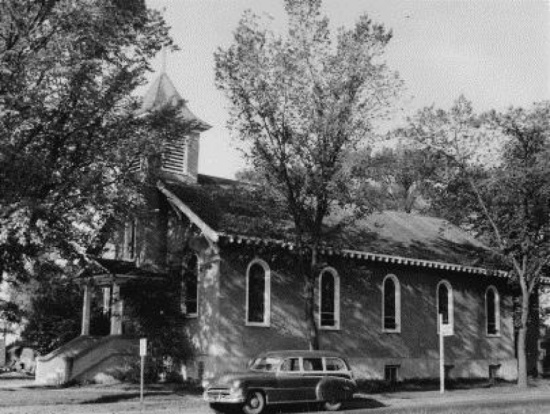