When did slavery end? Did it end in 1863 with the signing of the Emancipation proclamation? What if I told you that slavery didn’t end until the 1970s? There are documents from the Department of Justice that prove that slavery still existed. The rebranded name for slavery was peonage, and it operated the same as slavery. White families refused to give up their right to own slaves. They captured and tricked black people into peonage. More than a century after the legal freeing of slaves, many in the south were still in bondage. All southern states had documents describing slavery – beatings, mistreatment, cruelty- in all southern states. Texas, Arkansas, Missouri, Florida, Tennessee, South and North Carolina, Mississippi, Louisiana, and Oklahoma. This shows us that slavery didn’t end after the civil war. Slavery is one of the leading causes that black people’s advancement isn’t where it needs to be.

Peonage – or debt slavery- was a system created to trap formerly enslaved people back into slavery. The system is built where an employer forces a slave to pay off some debt. Co9ngress “outlawed” peonage, but after the failure of Reconstruction, many formerly enslaved people found themselves back into slavery. Employers would trick the slaves by seeming like they were doing them a favor and then turn around and charge them. This puts the slave into debt and gives the employer an excuse for why they have slaves working for them. Slaves became indebted to white people because of financial circumstances. Most times, free slaves would need loans to live. Some loans include - sharecropping loans or credit with local businesses. Slaves were o unable to re-pay the debt, which trapped them into a continuous work-without-pay cycle. (Slavery v. Peonage).

It was very common for many black men to be contracted workers and get tricked into staying on the plantation indefinitely as prisoners. A born slave named Marcus was emancipated after the civil war. Marcus was hired to pick cotton on a plantation at the age of ten. Marcus had no education and didn’t know life outside of the plantation. When Marcus was 21, he was given a contract by the plantation owner. A couple of years into his contract, the plantation owner gets sick and dies. The plantation owner’s son would soon take over the plantation. He was a senator and convinced Marcus to sign a ten-year contract. Not long after Marcus signed his contract, the state decided to use convicted men to work on plantations. Marcus and some of the other contracted workers were uneasy about the new edition to the plantation. Even though they felt uneasy, they had no choice but to work and fulfill their 10-year agreement. Once Marcus fulfilled his contract, he was looking to try and leave the plantation. The senator wouldn’t let him because while under the senator, Marcus collected $165 worth of debt for food and clothing. Marcus’ contract required that he had no debt, and if debt did occur, it must be paid off in full. Marcus couldn’t pay that amount. The senator made Marcus a prisoner and made him work with the inmates doing hard labor. He was forced to work sunup to sunset with little food or rest. He was also constantly being threatened by physical punishment. Sadly, this is just one of the many stories, but this wasn’t the worst form of peonage. (Washington and Lee Law Review)

While I was researching, I found a letter that a man sent to the criminal division who investigated these peonage crimes. The letter read,” I am writing you in regard to a case of, Peonage, have a farmer on my rural route who has held a family of negros under his subjection for about 17 years he has used them for his own self benefit and for immoral purpose if you will send a secret service man here I will be glad to cooperate with him to bring this party to the bar of justice. I am satisfied that we can get the proper evidence against him and get a conviction in the federal court,” This case was in Louisiana in the year of 1933. The criminal division responded to the letter saying they would send an agent but never did. That was the last of that document. As I continued my research, I came across an interview that seemed fairly simulator to this case. Historian Antionette Harrell has studied cases of Black people living as slaves a century after the nation signed the Emancipation Proclamation. Harrell discovered 20 people who were held and forced into slavery on the Waterford Plantation in St. Charles Parish, Louisiana. One of the complaints to the division mentioned Waterford, which leads me to believe that these two cases are related. Harrell was told first-hand how they were worked to the bone day and night on the plantation. They got trapped into slavery because they signed a contract that they couldn’t read. They thought this way of life was normal. They had no television or any interactions with the real world to help them understand that they weren’t supposed to be held as slaves. The women of the family were brutally raped, and the men were brutally beaten. They had family die and they also gave birth on the plantation. A member of the family didn’t approach Harrell until 1994 because she was in fear that she would be harmed. She said that 5 generations of people had been born on Waterford plantation. The member of the family who escaped said that she was scared because the owners of plantation were political and high-ranking people, who could possibly still hurt her. Harrell documented “that was the first time” she had “met people in involuntary service or slavery. They didn’t want to go public with it because some of them were still employed by those same people and feared retaliation,” (Harrell 2019). (Harrell 2019).

In 1950 the Louisiana Power and Light company opened its first plant on the bank of the Mississippi River close to the Waterford plantation. In 1963 the company wanted to expand, so they brought some of the Waterford Plantation. From 1963 well into the 1970s, the light company leased the land to a company, Milliken and Farwell, Inc (I found this weird because Milliken and Farwell, Inc were the original owners of the plantation) for a share of the sale of their crop of sugar cane that they produced on the plantation. When the light company brought the rest of the plantation land, F. Evans Farwell donated the plantation’s bell. Harrell said that the enslaved family told her about a bell. The bell rang at the beginning and end of the day. The bell can still be found in one of the administration buildings at the light company, “serving as a constant reminder of the original purposes for which the land was used” (Waterford: Agriculture to Industry). At the time of purchase in 1971, Mr. Farwell stated that some of his present employees were direct descendants of the slaves brought initially to work on the Waterford Plantation. It is believed that the family members on the plantation were transitioned to help build the plantation and work there. (Waterford: Agriculture to Industry).

Why aren’t Black people not as far ahead as they should be? It’s because plantation slavery wasn’t gone until the 1970s. Even if slavery was abolished, laws make it impossible for direct decedents of enslaved people. These factors are stopping the advancement of Black people. “Slavery was more than 100 years ago.” When the truth is slavery didn’t end until 50 years ago.

A Georgia Negro Peon. the New Slavery in the South--an Autobiography., https://docsouth.unc.edu/fpn/negpeon/negpeon.html.

Helm, Angela. “Is Anyone Shocked That Slavery Continued a Century after Emancipation?” The Root, The Root, 1 Mar. 2018, https://www.theroot.com/is-anyone-shocked-that-slavery-continued-in-the-u-s-a-1823395825. 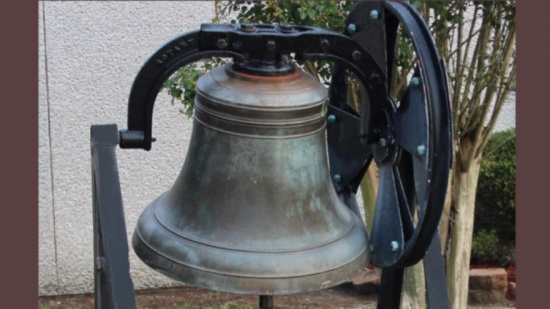 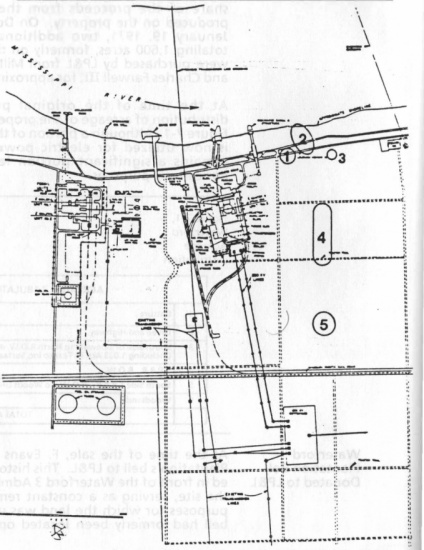 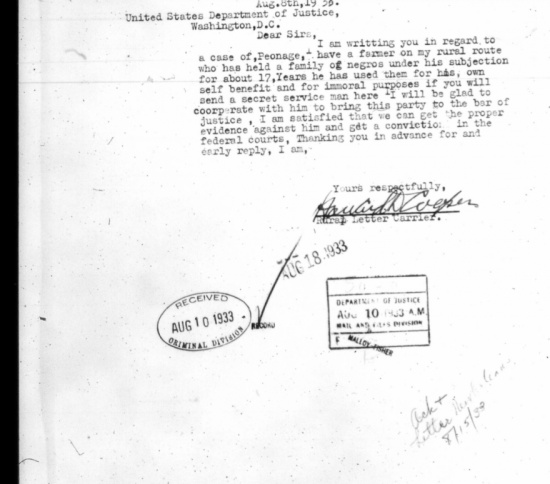 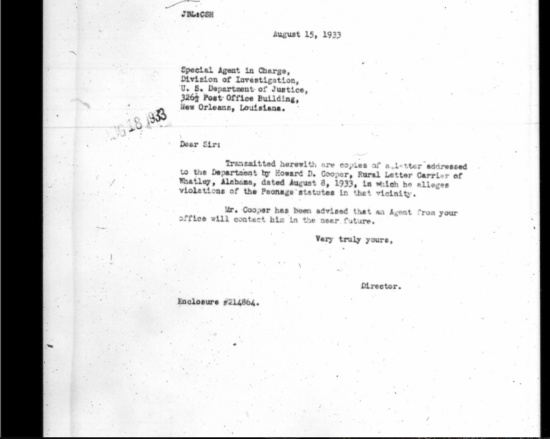 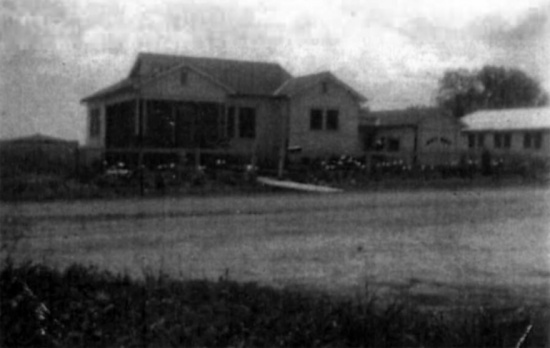