St James AME Zion is Southport’s oldest African American church. It was founded in 1866, the year after the Civil War ended. Its original name was the Methodist Episcopal Church of the Colored. It is the only African American church listed in the 1867 North Carolina Business Directory. The first minister was Rev. Abram Smith.

The congregation had no church building until 1871 when five members of the congregation came together to purchase land for $100. They then obtained the foundation and frame of the old Federal quarantine hospital at Deep Water Point. They rolled that structure on logs to its present location.

The original building was replaced in 1915. The church was then struck by lightning in 1943 and was heavily damaged by Hurricane Hazel in 1954. The front of the church, the choir loft, and other features were never replaced. An annex was added in 1957 and the mortgage was burned in 1969. 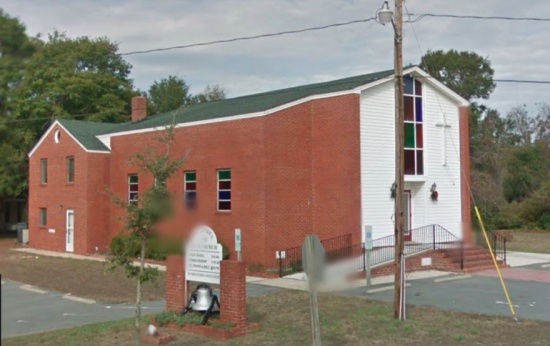