The 1830 census for Franklin County lists around 300 “colored” residents. Of those recorded, only two families (those of Benjamin Lee & John Lee) and several single men lived in Sharon Township. In 1830 and 1831, Sexton George Griswold recorded two of Benjamin and Nancy Lee's infants being buried in this early cemetery in the southeast corner.

The markers of the Lee children can no longer be located, as is the case with many headstones in this cemetery. The burials reflect that Blacks were part of the community, although perhaps on the fringe. Griswold's records note that the Lee infant buried in 1831 was a patient of local doctor Kingsley Ray, indicating that the family did have access to a physician.

The 1850 Sharon Township census reveals that Benjamin and Nancy Lee, both born in Virginia, had six children living. An 1878 city directory lists Benjamin Lee as a basket maker. 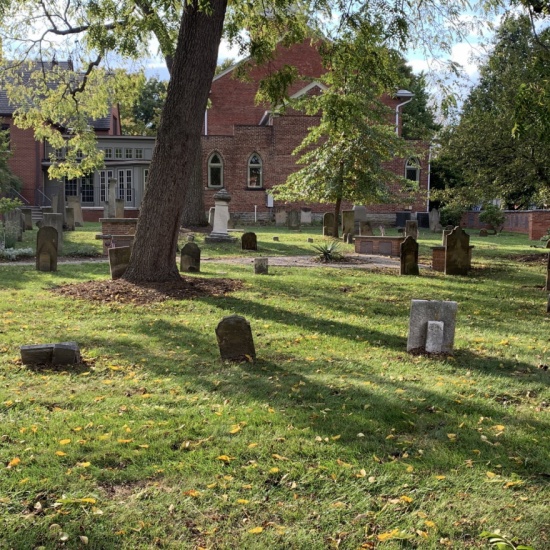