Erected in 1890, the floor plan centres around the altar, which is common in Roman Catholic and Anglo-Catholic churches. The Gothic vaulted ceiling of the church reminds one of the bones of a ship turned down side up. The spire was added in 1901 and built by masons from Newboro. The church's stained glass window, especially the rose window of the west facade, and the Gothic limestone arches are typical of the Gothic Revival architecture of that period. 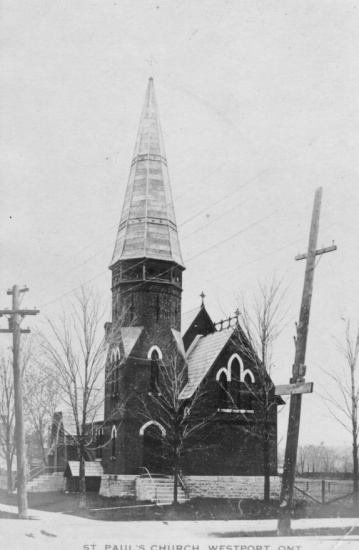