Constructed in 1898 as St. James Methodist Episcopal Church, the congregation of St. Pauls purchased the building in 1915. Prior to 1915, St. Pauls operated in the early 1880s from a church at the corner of Henry Street and High Street (Centre Avenue) that was once home to Greene Memorial Methodist Church. Reverend D. W. Harth was one of its well known ministers, who served in many leadership capacities, including a practicing attorney and principal of Second Ward Colored School (Gainsboro School). 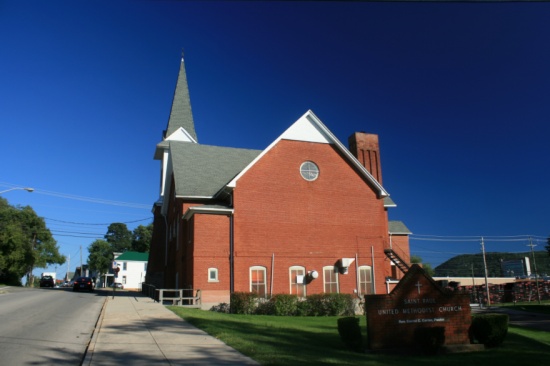