At the southeast corner of the park is Henry Hering’s statue of Abraham Lincoln. In 1901, Henry Long’s estate left $10,000 with instructions that it be used to create a statue of Lincoln. Mr. Long also stipulated where the statue was to be located. Placed in a trust, the funds were ignored until the early 1930s when work finally began. President Lincoln is cast in bronze, seated in a chair, his right hand raised in a gesture of peace, with his head bent slightly forward. He is dressed in a morning coat and is sitting on his shawl, which is draped over the chair. By adding details such as Lincoln’s watch chain, stovepipe hat, and gloves, Hering gave the sculpture a touch of realism. 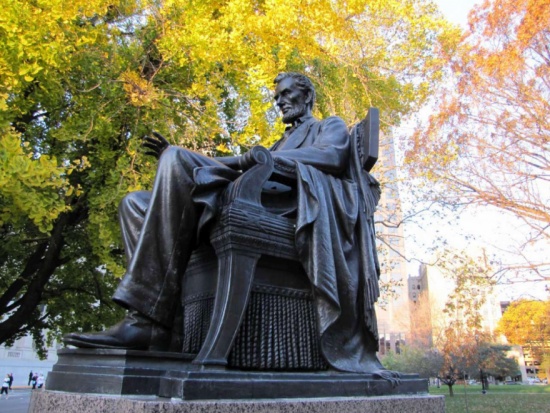