The Stinson Aircraft Company was founded in Dayton, Ohio, in 1920 by aviator Edward “Eddie” Stinson, the brother of aviator Katherine Stinson. After five years of business ventures, Eddie made Detroit, Michigan the focus of his future flying endeavors while still flying as a stunt pilot, earning $100,000 a year for his efforts — a huge sum in those days.

Stinson found Detroit's business community receptive to his plans to develop his own airplane. Alfred V. Verville and a group of local businessmen — the Detroit Board of Commerce's Aviation Committee — supported Stinson's plans to establish the Stinson Aircraft Syndicate in 1925 and provided $25,000 to design and build a prototype, an enclosed cockpit, 4-place biplane, powered by a Wright Whirlwind J-4 air-cooled radial engine test flighted at Packard Field in Roseville, Michigan, a northeast suburb of Detroit. Packard Field was the first commercial air field in Michigan, opened in 1919, site of Packard Aviation and the Michigan State School of Aviation, making it a natural location for Stinson to launch his business in the Detroit area.

The Stinson Detroiter SB-1 (for "Stinson Biplane model 1") made its maiden flight from Packard Field on January 25, 1926. The plane not only had a rare (for the period) enclosed cabin, it also had heat (which was a big plus given the cold Michigan winter), upholstered seats and side panels, and even an electric cigar lighter. It became an overnight success, and flights were offered in February to 70 riders thus enabling Stinson to raise $150,000 in public stock capital to go into production. Stinson incorporated in Michigan as the Stinson Aircraft Corporation. On May 4, 1926 Eddie acquired the Stimson (no connection to Stinson and no typo error) Scale Mfg. building in Northville, Michigan, just across the pond from the locally famous Ford Valve Plant, and the first production model SB-1 rolled out just three months later in August 1926. Stinson employed over 250 workers at the Northville factory in 1926. [1])

The planes were too large to be completely assembled in the Northville plant, so the wings were attached to the fuselage just west of town at the new, local Northville Airfield, a land project owned by a group of village entrepreneurs established to support the Stinson factory. Aircraft were then flown and delivered from here to buyers. Stinson Aircraft Corp. sold a remarkable 18 SB-1 Detroiters by the end of 1926, completing manufacture of 10 aircraft, while the prototype SB-1 was sold to Horace Dodge, son of one of the Dodge Motor Cars founders. 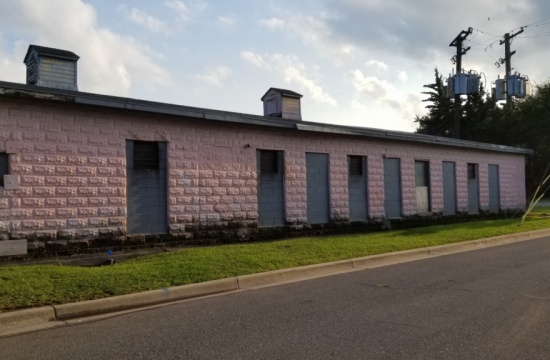 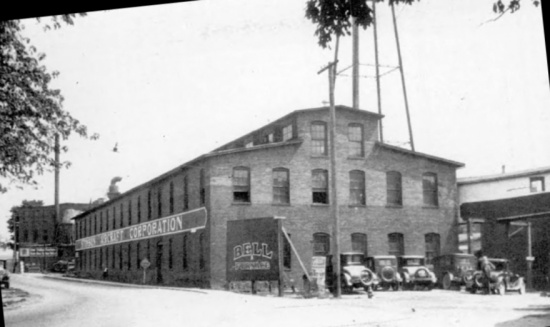