This impressive stone building was constructed circa 1910 in theTudor Revival Architectural Style. Renovations over the years have altered the original architecture (windows have been replaced and entrances modified). The building was initally the main office for the Stone Printing & Manufacturing Company. Edward Lee Stone (1864-1938) was a civic leader and prominent citizen in Roanoke. An early journalist, he became manager of a printing business in 1885 (at the age of 21) and ultimately, President, of Stone Printing & Manufacturing Company. By 1920, the business was reportedly one of the largest and the best-equipped printing corporations in the south. Edward Stone was very active in many community and public organizations, including the Roanoke City Planning and Zoning Commission which hired famous Landscape Architect/Planner, John Nolen, to develop of the City's 1928 Comprehensive Plan. 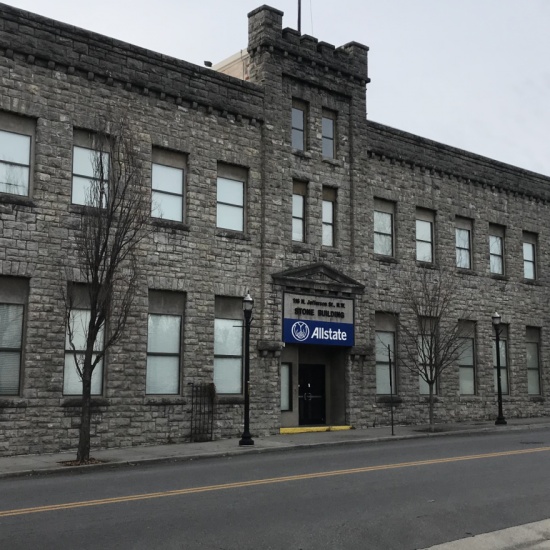