The “Genesis Monument” was erected by historian Jim McLamroch to recognize the geographic center of Guilford County. Surveyors were hired to identify the center of the county for the new county courthouse, but when the location was identified, the survey crew found it was located in a small pond with ducks. The courthouse town, named Greensborough, was shifted about one mile south to the current intersection of Elm and Market streets. The monument was dedicated in May 1972. 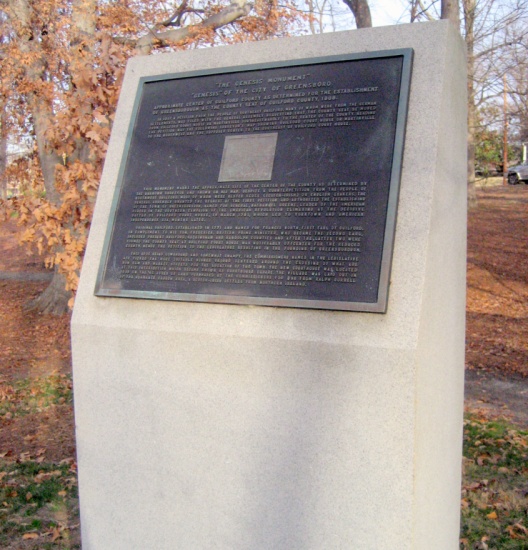