Pekin was first visited by Abraham Lincoln in 1832 immediately after the Black Hawk War, in which Lincoln served as a militia captain, private, and spy. While canoeing alone from northern Illinois back to New Salem, Lincoln's canoe broke at Pekin. Lincoln made himself a new canoe and proceeded on his way.

Later in the 1850s, as an attorney Lincoln visited Pekin. When court was in session Lincoln often stayed at the Tazewell House hotel at the corner of Court and Front streets. Later named Bemis House, the hotel was torn down in 1904. After Tazewell House/Bemis House was demolished, its threshold was preserved at the Tazewell County Courthouse, and was inscribed with words commemorating the fact that “Hereon trod the great Abraham Lincoln — Stephen A. Douglas — John A. Logan — Robert G. Ingersoll — David Davis — Edward D. Baker and others.” 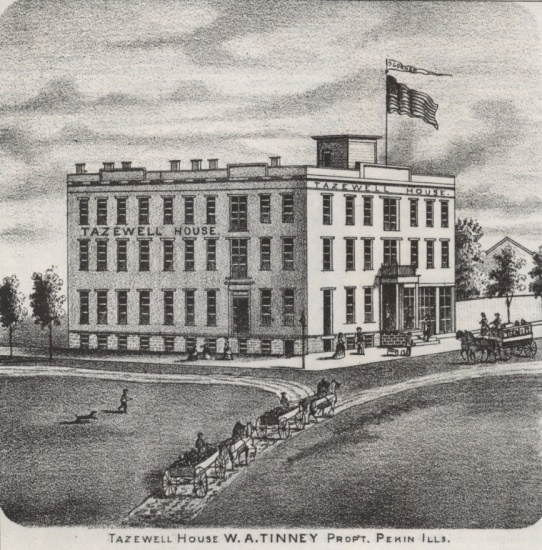 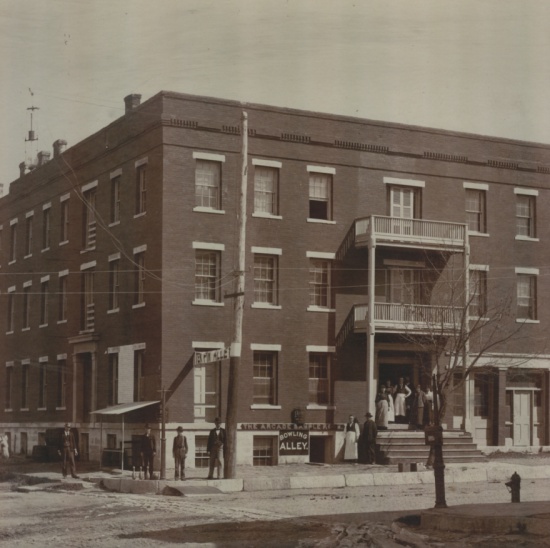