The Temple opened in December 1928, one week after the opening of the State Theatre. Sandwiched between the old Ithaca High School (now the Dewitt Mall) and the Star Theatre, the deep, narrow red brick building had 840 seats to entertain moviegoers. Owner Harry Clark sold the theater to Cornell Cinemas in 1930 and became part of that company while staying on as the theater’s manager. The new owner redecorated the theater in a “Spanish modernistic style.” The Tompkins Trust Company demolished the Temple after its purchase in 1976 to accommodate drive-up teller service. 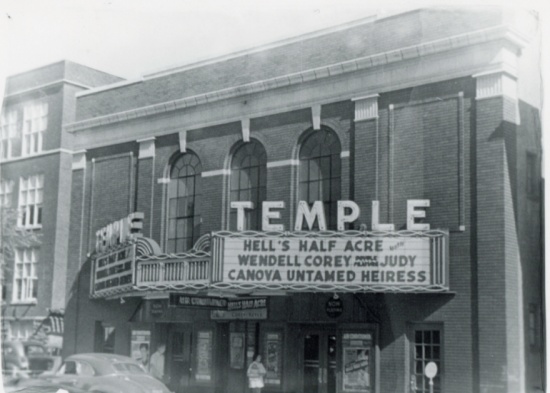