Look across the road to Number 79 High street, the light coloured building set back a little from the pavement, which was built as a hall and later converted into a cinema.

The following text is extracted from a letter written in the early 1990’s by Percy Wright of Olney.

Mr Lewis Thompson, was an Olney grocer trading at 9 High Street in the early twentieth century. He had a hall built to be used for concerts, meetings and dancing; and having a stage the hall became very popular. Often at Election Meetings it could get a little rowdy with opposing supporters almost coming to blows. The building was called the 'New Hall’ and it was used by the townspeople for many years.

The photographs above record a Senior Citizen's Dinner and a Sowman's Company Dinner held in the hall (the dates are unknown).

Some years later, in 1919, the hall was bought by Mr Clifford, who converted the front of the building to form a cinema. The front of the building stood a few metres back from the pavement with two steps leading up to the two front doors. Inside was a vestibule with a ticket office on the right hand side. The projection room was built over the front porch, with an outside staircase leading up to it. The first proprietor was Mr Clifford. His wife was known as ‘Madam’ Clifford.

Another photograph shows the front of the cinema. The film being shown at the time was the 1927 'King of Kings' a silent film directed by Cecil B de Mille - an iconic film of its day.

The seats installed near the screen were more like forms. Behind them came the wooden single tip-up seats and then a few rows with padded seats. The seats at the rear, just inside the left hand side of the hall, were plush padded with arm rests, and the floor for these had been made a little higher so that people could look over the heads of those in front.

In the early days, since there was no sound to accompany the film, when a performance was ready to begin, ‘Madam’ Clifford walked, much like a Duchess, down to the piano. When she was sitting comfortably on the piano stool, the cinema was plunged into darkness and the projectionist, Mr Chapman, started the performance by turning a handle to feed the film through the projector. As the story unfolded ‘Madam’ Clifford would play very softly and slowly for a sad scene, and fast and loud for galloping horses or cowboys and indians fighting.

Another photgraph shows the well-published postcard of young customers taken outside the cinema around 1920.

In the cinema’s later years when silent films were long gone, Mr Webster became the proprietor and Alistair Bull the projectionist. The cinema closed in the early 1950s. 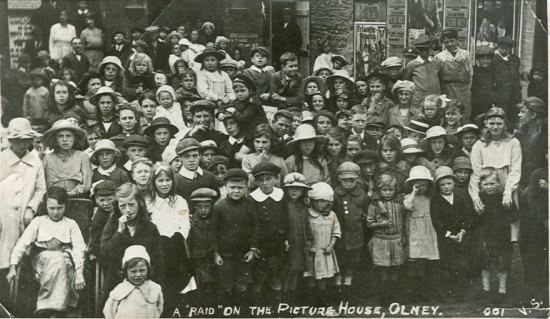 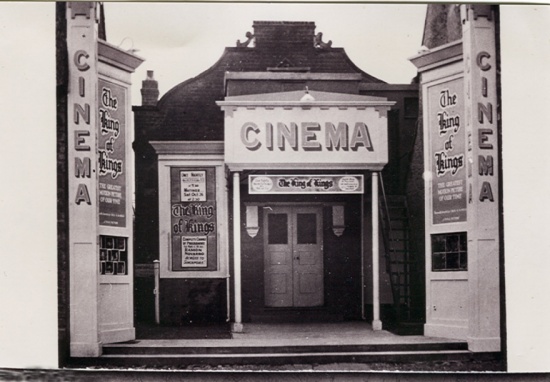 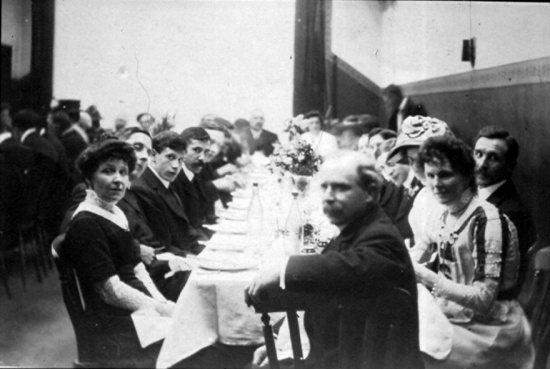 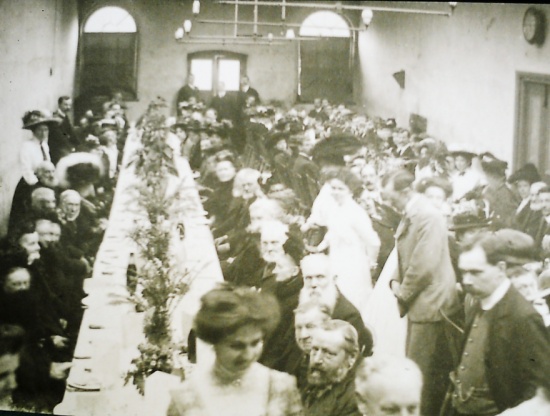 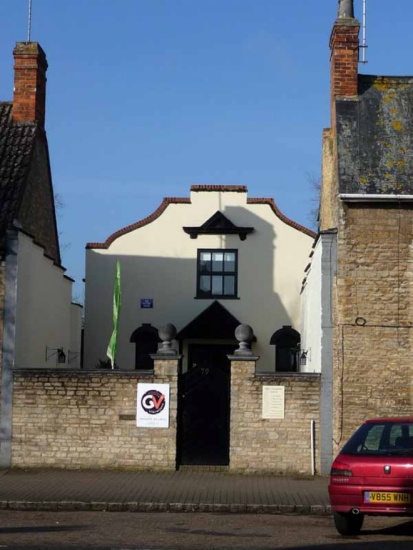