This limestone house and store was built in 1857. The three foot thick foundation supports the narrower two foot thick outside walls. The massive lintels and quoins balance the classical style windows on the upper floor. In the 1890's it became the American House Hotel that boasted new stylish stables on site. It has seen many purposes over the years including a restaurant, clothing store, hardware store, billiards room, and apartments. In 1866, D’Arcy McGee spoke near this location to the villagers about confederation.

American House Trivia: In August of 1905 a local newspaper reported that Mr. J.V. Mulville had on exhibit at his American House Hotel, a 5 ounce egg from one of his Black Minorca hens which measured seven and a half by eight and a half inches! 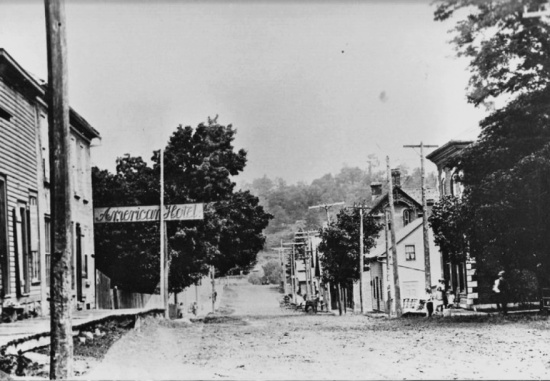