The Carlton Grain Elevator has been a prominent, visual landmark for the community for many decades. It is associated with the economic importance of agriculture to the growth and vitality of Carlton. The current elevator complex is the result of over 100 years of evolution. This evolution has been shaped by fire, technological change, and shifts in local agriculture. It’s location adjacent to the former Southern Pacific Railroad line demonstrates how essential railroads were to the agricultural economy. Product was shipped to distant markets, and feed was brought here from elsewhere to be distributed to local farmers.

Several grain elevators predate the existing structure. The first was built in 1883. After a new structure was built at the present site, the 1883 elevator was demolished to accommodate a new railroad depot which wasn’t built until 1923. By 1913, the first elevator was constructed on the present site. A fire in November 1914 leveled the complex. It was rebuilt in 1915. An arson fire in 1917 caused an explosion so strong, the roof blew off. The elevator built in 1918 forms the core of the present complex.

In 1938, Clarence Bernards and Myron Madsen purchased the elevator, forming the Bernards-Madsen Grain company. A period of expansion followed the end of World War II. The main tower was improved in 1947. A second tower was built in 1950, southeast of the main structure. In 1958, a third tower was built to the southwest. Myron Madsen purchased Clarence Bernards' interest in the elevator, making him sole-owner in 1954. In 1965, it became the Madsen Grain company, which operated until 2003. The complex was sold to vinter Ken Wright. Wright held onto the property; until a suitable, preservation-minded buyer could be found. Marty Doerschlag purchased the elevator in 2013, with a vision to create an event space and wine tasting destination that honors the heritage of the structure. After an extensive remodeling, Flâneur Wines at the Carlton Grain Elevator opens in 2019.

This point of interest is part of the tour: Carlton Historical Tour 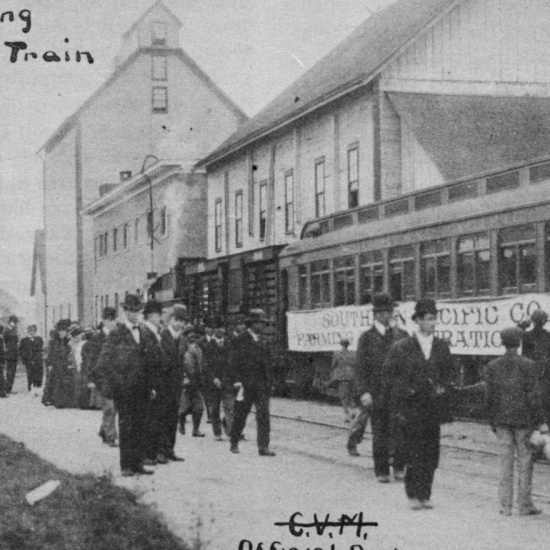 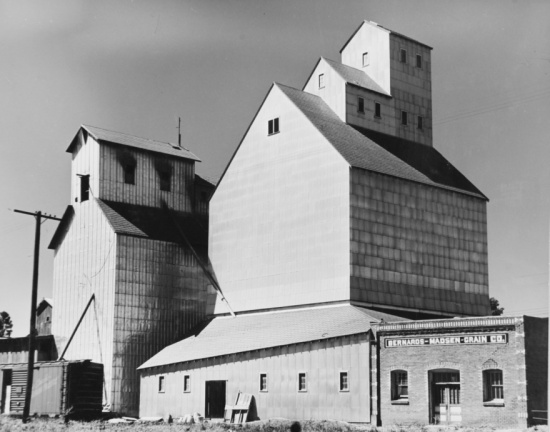 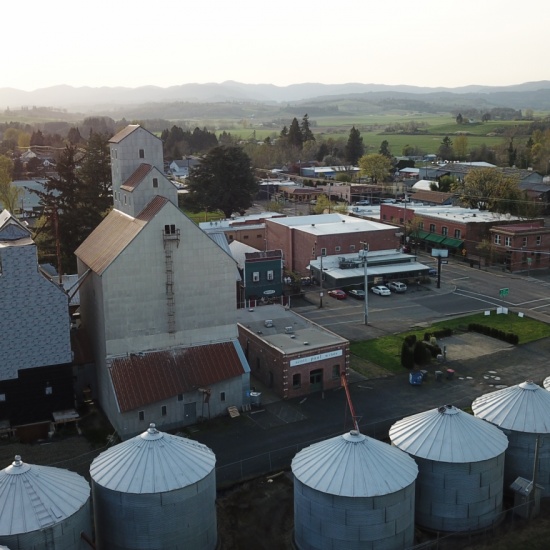