Located at 201 North Madison Street, This home was built in 1935 for Carlyle Mutschler. It is a Tudor style structure. It features Cotswold stone and has many other distinctive features like the wall dormers, slate roofing, leaded-glass casement windows with crests, and an attached two-stall garage, a luxury at the time of construction.

Carlyle was the son of Albert and Mary Alice Mutschler. Even though Carlyle was a part of the Mutschler family, the home was furnished from furniture marts in Indianapolis, North Carolina, and New York. In 1925, Carlyle joined the Mutschler Brothers Company and became a sales manager and later president. He retired from the company in 1969.

The home was occupied by the Mutschler family until 1991. 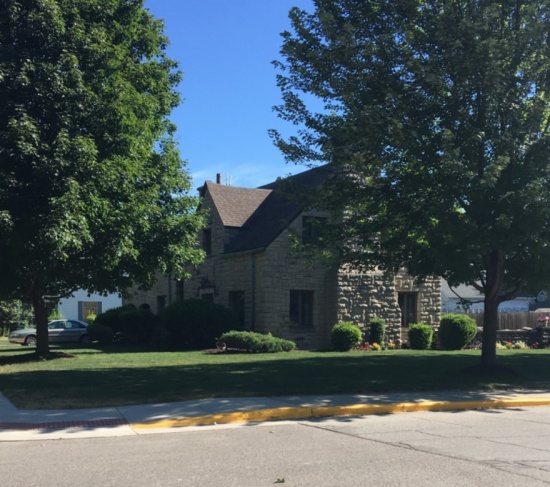